A delegation of fire and rescue experts left Israel Tuesday evening on a mission to help local Brazilian authorities extinguish the fires raging in the rainforest and other parts of the Amazon basin.

The delegation is comprised of experts on natural disasters.

Brazil has rejected international offers of assistance in fighting the Amazon blaze – some of the worst in the region’s history – claiming that European nations and others are trying to meddle in its affairs. The charge comes in the wake of accusations that Brazilian President Jair Bolsonaro is destroying the world’s climate in his handling of the Amazon environmental crisis.

But because Bolsonaro has a close personal relationship with Israel’s Prime Minister Benjamin Netanyahu and the two nations are on excellent diplomatic terms, Brazil has agreed to accept assistance from the Jewish State in battling the flames.

Last week, Israel said it would provide 100 tonnes of firefighting material to help fight the fires; this week the 11-member team boarded a plane to assist Brazilian authorities with search and rescue efforts and wildfire operations.

The highest number of fires were reported last month in the Brazilian Amazon since 2010 – a significant increase over the number of fires compared to the statistics a year ago.

“Throughout most of its history, the Amazon rainforest was relatively fire-resistant thanks to its natural moisture and humidity,” the National Oceanic and Atmospheric Administration of the US Department of Commerce explains in a piece on the subject. “Wildfires there today are caused by a combination of droughts and human activity; the intensity and frequency of droughts in turn, have been linked with increases in regional deforestation and anthropogenic climate change.

“In fact, the Amazon rainforest has experienced three major droughts, considered “once-in-a-century events” in 2005, 2010, and in 2015-2016. When trees have less water during droughts, they shed extra leaves or die, leaving leaf litter and detritus on the forest floor. Without a dense canopy to retain moisture, much of the forest’s humidity is lost. Additionally, the practice of “selective logging” of specific tree species and “slash and burn” agriculture opens the canopy further, which also dries out the understory and forest edges.”

The smoke from such fires absorbs sunlight, not only preventing it from reaching the ground but also cooling the surface and heating the atmosphere, a process which can suppress the formation of clouds – and more moisture.

Christian Friends of Zion Museum Honors US Fight Against Anti-Semitism 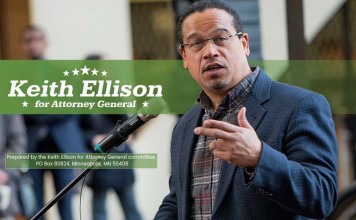 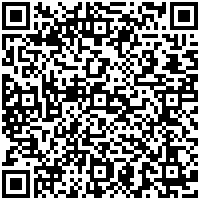