The annual Jewish Lag B’Omer pilgrimage to the oldest synagogue in Africa should be maintained as a symbol of Tunisian openness, according to Tunisia’s tourism minister on Tuesday.

Jews have been living on the island of  Djerba since 500 BC, with the local synagogue believed to be the oldest in Africa.  In the 1960s, Tunisia’s Jewish community numbered 100,000.  Most Jews left following the 1967 Six Day War.  Now, almost all of Tunisia’s 1,500 Jews reside on the island near the border of Libya.  Djerba was once called the “Island of Cohanim” because so many of the Jewish families there could trace their ancestry back to Moses’ brother Aaron, the first High Priest and father of the priestly class.


Elyes Fakhfakh’s public support for the annual Jewish event comes as the rise of fundamentalist Islamic Salafi groups threatens to drive out Tunisia’s remaining Jewish population.  Anti-Semitic rhetoric has increased since the overthrow of longtime president Zine el-Abidine Ben Ali in January 2011 as part of the Arab Spring.  Unrest in Tunisia led to the cancellation of Lag B’Omer events that year.  Several thousand Jews – many of whom immigrated to France from Tunisia – are anticipated to attend this year.  On March 9-10, they will celebrate the victory of the Jews over the Romans prior to the destruction of the Second Temple, as well as the passing of the writer of the mystical Zohar, Rabbi Shimon Bar Yochai.

Fakhfakh called the annual Jewish celebration in Djerba a rite which “should not change because it illustrates the openness of Tunisia to the world.”  Prime Minister Hamadi Jebali of the Ennahda party Monday concurred with Fakhfakh, saying “the Jewish pilgrims are welcome to Djerba”.

On April 11, Tunisian President Moncep Marzouki, accompanied by Tunisian grand rabbi Haim Bitan, laid a wreath and observed a moment of silence to remember the victims of an Al-Qaida truck bombing, which killed 21 people at the El Djerba synagogue on Djerba ten years ago.  Included in the killings were 16 tourists – 14 from Germany and 2 from France.  At the event, Marzouki called discrimination against Jews and attacks on their person or property “forbidden” and called Jews “an integral part of our people.”

On March 25, Salafi activists demonstrated in favor of the implementation of sharia Islamic law, chanting slogans to “prepare for the fight against the Jews”.

Under the rule of Zine el-Abidine Ben Ali, Jews enjoyed official protected status, a privilege which has not been renewed by the new Islamist government. 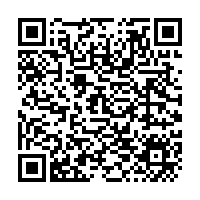