Even Muslim Home Secretary Sajid Javid tweeted in the early hours of Friday morning: “A bad day for anti-Semites.”


Board of Deputies president Marie van der Zyl said, “History will not look kindly on Jeremy Corbyn’s leadership of the Labour Party where anti-Jewish racism has been allowed to run amok and some of the highest levels of the party have appeared to collude to protect anti-Semites.”

Chief Rabbi Ephraim Mirvis, who was sitting shiva for his late father, Rabbi Dr Lionel Mirvis, on election day, tweeted a note of caution Friday morning, “The election may be over, but concerns about the resurgence of anti-Semitism very much remain.”

Thursday night was not a good one for Jewish candidates. No new Jewish MPs were elected.

Luciana Berger, who left the Labour Party because of anti-Semitism in its midst, cried as she lost to non-Jewish Conservative MP Mike Freer. She had stood for the Liberal Democrats in Finchley and Golders Green, an area with a large Jewish population.

Meanwhile, Ruth Deech, who stayed in the Labour Party to fight anti-Semitism, lost her Stoke-on-Trent seat. She commented: “Jeremy Corbyn’s actions on anti-Semitism have made us the nasty party. We are the racist party.”

In Salford, Rabbi Arnold Saunders narrowly failed to gain Worsley and Eccles South. He told The Jewish Press, “I was very pleased that it was very close. At 10 p.m. on Thursday night, the exit poll said I was going to win. It does your head in. First you not going to win, then you are, then you find you haven’t. It was an emotional roller coaster.”

He added, “Maybe Hashem has saved me. It might not have been the easiest thing to be a frum Jewish MP. Maybe I would have been subject to all sorts of problems.”

The 61-year-old rabbi, however, said he might consider standing for either mayor of Salford or Manchester next year.

A UOHC spokesman said that people took “advantage of the rav’s current poor health by deceiving him into signing a letter.”

He continued: “The rav’s position is clear in that he does not involve himself in such partisan political matters.”

Boris Johnson Accused Of Being Anti-Semitic

In his 2004 novel Seventy Two Virgins, Johnson described Jews “fiddling” with elections and controlling the media and described his Jewish character Sammy Katz as having a “proud nose and curly hair” as well as the eyes of an “unblinking snake.”

Shadow Communities and Local Government Secretary Andrew Gwynne said, “Boris Johnson’s writing invokes some of the oldest and most pernicious anti-Semitic tropes about Jewish people controlling the media, and associating Jewish people with shady business, financial greed and being responsible for oppression and exploitation.”

Next Labour Leader Meets With JLM

Rebecca Long-Bailey, tipped as the next Labour leader when Jeremy Corbyn stands down early next year, met with the Jewish Labour Movement (JLM) on Friday to discuss how Labour’s relations with the Jewish community could be fixed. The Salford MP said urgent reform was needed of disciplinary procedures relating to anti-Semitism cases. 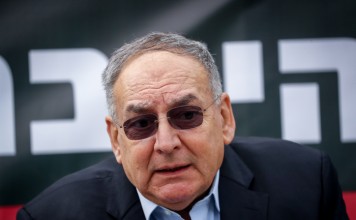 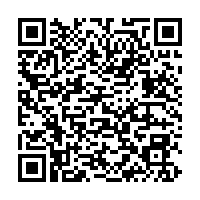