Chief Rabbi Ephraim Mirvis has insisted that United Synagogues remain closed despite the government permitting places of worship to open for private prayer.

Said the chief rabbi: “Since individual prayer in our shuls is not a feature of Jewish communal life, it is clear to me that our shuls must remain closed until the government permits places of worship to be open for communal prayer.”


He added, “Those present for individual prayer might be tempted to daven together in a minyan which would be a clear breach of the law and a desecration of Hashem’s name. It could also lead inadvertently to the government delaying the opening of places of worship for communal prayer.”

The chief rabbi’s words came after the Office for National Statistics revealed that Jewish men were twice at risk of dying from Covid-19 than Christian men. Jewish women were also at higher risk.

Meanwhile, Conservative Mayor of Barnet Councillor Brian Gordon, who is a Union of Orthodox Hebrew Congregations executive member, is leading a campaign for the opening up of synagogues for communal worship by July 4.

In his statement, headed “Religious Lives Matter,” Gordon accused the government of failing to respect freedom of religion.

Around a dozen London charedi shuls – not part of the United Synagogue – opened last week with pre-booking and social-distancing measures.

On Tuesday, Prime Minister Boris Johnson announced that religious services and weddings with a maximum of 30 people could be held starting July 4.

The Board of Deputies reacted with a mixture of pleasure and caution to the announcement. Its president, Marie van der Zyl, said: “The Board of Deputies welcomes the government’s decision…. However, on the day that we reveal that the total number of deaths in the Jewish community, has reached 500, we would urge people to proceed with caution.”

Three Jewish Labour peers who quit the party over Jeremy Corbyn’s anti-Semitism have now returned to the party.

One of them, Lord Turnberg, told The Jewish Press: “The reason I left was because of the way the Labour Party had gone so far to the left and so anti-Semitic. It now has a new leader who, after a few months, has managed to remove many of the people around Corbyn and in the National Executive to make sure the party rids itself of its anti-Semitic reputation.”

Values Foundation executive director Judith Nemeth is confident that Orthodox schools should be able to work within the new facts-of-life curriculum guidance, which comes into effect next year. The implementation of the curriculum has been delayed because of the coronavirus.

Nemeth, who heads the foundation that represents faith and families in Parliament, told The Jewish Press, “The curriculum has to be taught within the religious requirements of the school. Some schools don’t realize that. They get overwhelmed when the press and fake news tell them something else.

“Not all the subjects mentioned in the RSE curriculum are mandatory. Schools have got to know what their rights are. We have another 9-10 months to work on this. There is a change in the wind in the Westminster bubble. By next spring hopefully all schools will be able to learn RSE in a way that is appropriate to their ethos and not be misled by an ideologically driven inspectorate.” 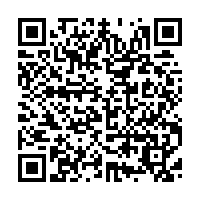