Singer-songwriter, guitarist, and founding member of Fleetwood Mac, Peter Green, on Saturday “died peacefully in his sleep at the age of 73,” according to his family solicitors. Among his most memorable hits were “Albatross,” “Black Magic Woman,” “Oh Well,” “The Green Manalishi,” and “Man of the World.” He was inducted into the Rock and Roll Hall of Fame in 1998.

Peter Allen Greenbaum was born in Bethnal Green, London, on October 29, 1946, the youngest of Joe and Ann Greenbaum’s four children. He began playing professionally by the age of 15, playing bass guitar in a band called Bobby Dennis and the Dominoes. He joined several rhythm and blues bands, until late 1965, when he met drummer Mick Fleetwood. Their new band, with Jeremy Spencer on guitar, was initially called “Peter Green’s Fleetwood Mac featuring Jeremy Spencer.” Within a month they played at the Windsor National Jazz and Blues Festival in August 1967 and were quickly signed to the Blue Horizon label. In 1969, after signing to Immediate Records for one single, “Man of the World,” the group signed with Warner Bros. Records’ Reprise Records label.

Green’s friends began to notice changes in his behavior in the late 1960s: he took large doses of LSD, grew a beard and began to wear robes and a crucifix. Mick Fleetwood recalls Green becoming concerned about accumulating wealth: “I had conversations with Peter Green around that time and he was obsessive about us not making money, wanting us to give it all away. And I’d say, ‘Well you can do it, I don’t wanna’ do that, and that doesn’t make me a bad person.'”

While touring Europe in late March 1970, Green took a large dose of LSD at a party at a commune in Munich, which Fleetwood Mac manager Clifford Davis suggested was the crucial point in his mental decline. Green was eventually diagnosed with schizophrenia and spent time in psychiatric hospitals undergoing electroconvulsive therapy during the mid-1970s.

Green suffered periods of mental illness and destitution throughout the 1970s and 1980s, moved in with his older brother Len and Len’s wife Gloria, and his mother in their house in Great Yarmouth, where his process of recovery began.

In 1988 Green was quoted as saying: “I’m at present recuperating from treatment for taking drugs. It was drugs that influenced me a lot. I took more than I intended to. I took LSD eight or nine times. The effect of that stuff lasts so long…. I wanted to give away all my money…. I went kind of holy – no, not holy, religious. I thought I could do it, I thought I was all right on drugs. My failing!” 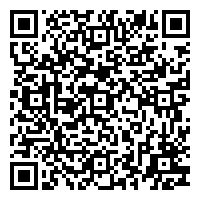