Jerusalem, July 26 – Heavenly sources disclosed today that the messianic visions of the Hebrew prophets stand ready for fulfillment, and have for some time, with the only snag to the final Redemption some red tape and the greed of certain parties to the agreement to rebuild the House of God.


An angelic spokesperson for the divine Court told PreOccupied Territory Thursday that the People of Israel earned permanent deliverance hundreds of years ago, but various contractors who signed the agreement to perform tasks essential to the fulfillment of the End of Days prophecies have resorted to tactics familiar to anyone who has engaged such parties for renovations or construction work: claiming certain critical elements of the project were never included in the contracted amount; claiming the budget for certain stages or pieces of the project was insufficient; hiding behind bureaucratic or legal processes to justify delays; and denying agreement to perform all the specified tasks without additional payment, among others.

“We have not gotten past any of the preliminary stages,” lamented Archangel Gabriel. “The Remnant of Israel reached its allotted threshold of suffering and longing during the Spanish and Portuguese expulsions of Jewry in the late fifteenth century. At that time the Almighty directed His staff to begin making the logistical arrangements for the ingathering of the exiles, the reestablishment of Jewish sovereignty in the Land of Israel, the reemergence of the Davidic line, the final, apocalyptic battles against the enemies of Israel and of their mission in the world, and the reconstruction of the Temple, this time for good.”

“Some of those plans moved, and some didn’t,” added Archangel Michael. “The refugees from Spain in 1492, and Portugal in 1497, resettled all over the Mediterranean rim and beyond – some even in Northern and Eastern Europe, some in the Balkans – and some ended up in the Holy Land under the Ottomans, where their descendants became part of the core population behind the emergence of the State of Israel. It could have happened earlier, but for some things that didn’t move – namely certain unnamed contractors who continue to claim they need fees to cover various zoning variances and building permits for the Third Temple and other, associated facilities, when in fact no such fees were stipulated in the contract.”

“We would settle this once and for all with a lawsuit,” explained Gabriel, “but to do that we need lawyers, and for some reason, none of those have made it to heaven.” 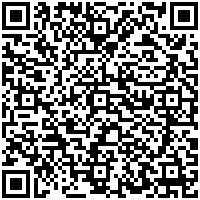