Ireland’s parliament, the Dail, passed the Sinn Fein motion on annexation, but failed to gain a majority to expel the Israeli Ambassador and impose sanctions on Israel, as had been originally intended.


Maurice Cohen, chair of the Jewish Representative Council of Ireland, told the Jewish Press, “The Irish Jewish community has been bitterly disappointed as to the stance of the government and indeed the whole of the Dail throughout the entire conflict.

“Unfortunately, this is due to thorough ignorance of the facts. The pro-Palestinian narrative is the dominant one in the press and media as well as in politics. There is a herd mentality, with the Israeli narrative being lost or ignored. There is no sense of culpability whatsoever on terrorist organizations that are in control of the situation or contribute to it.”

Over in England, 14 rabbis from London’s Stamford Hill have strongly condemned Zionism and dissociated the charedi community from the pro-Israel movement.

The rabbis, who were described by another prominent Stamford Hill rabbi, who did not sign the letter, as “some of the most senior, respected and influential rabbis in the area,” wrote:

“We were shocked to learn that it was widely publicized over the media channels that the charedi Jews in England have some connection with the provocations against the non-Jewish countries by the Zionists in the Holy Land and in the rest of the world.

“The notion that anti-Zionism is anti-Semitism is simply untrue: many great rabbis today and in past generations have been against Zionism. The Jewish people have lived in many countries over the past 2,000 years, and having their own state is not intrinsic to their identity. One who opposes the current state of Israel does not necessarily oppose the Jewish people. For many years, we have lived peacefully and safely alongside all our neighbours; may God help this to continue.”

They conclude: “Whoever takes part in the above-mentioned activities (joining “pro-Zionist rallies and lobbying the UK government to support Israel) does not represent us.”

A religious woman born in North Africa, where Jews were persecuted, described the letter as “rubbish.” She told The Jewish Press:

“There is virtually no country in the world where Jews lived peacefully. In North Africa, in Arab and Christian countries, where did we have peace and quiet? Even in places like China and Ethiopia, we had missionaries.

“Zionism is Judaism because we speak about the Torah coming from Zion. If you believe in that, you are a Zionist.”

Karen Solomon, vice president of the Zionist Central Council, told The Jewish Press, “I don’t agree with the rabbis’ opinion and most Jews don’t either.”

Education secretary Gavin Williamson has written to British schools, warning them about increasing antisemitism and the legal requirement for teaching staff to remain politically neutral.

The letter came after last week the headmaster of a Leeds school was forced to apologise to Muslim parents after having described the Palestinian flag as “a call to arms” and a “message of support of anti-Semitism.”

The apology was made by Mike Roper of Allerton Grange High School, which has a significant number of both Muslim and Jewish pupils.

School governors pledged: “There is no place for…any threats or intolerance.” 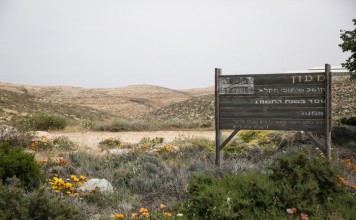 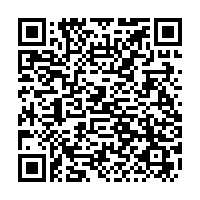