Manchester’s King David High School (KD) is acting stricter than government guidelines require it to by insisting that pupils and staff wear masks at all times.

As British schools returned this week, KD opted to follow WHO advice rather than that of the British government, which only mandates mask-wearing in school corridors in lockdown areas.


Manchester is currently under increased coronavirus restrictions after a spike in cases, which is even worse in the surrounding boroughs of Bury and Salford, from where most of KD pupils come.

A school spokesperson said, “We are aware that we are being much stricter than the government guidelines on this matter and that is because the guidelines do not deal adequately with the significant risk.”

Webcams will be installed in all classrooms for those not able to come to school and thermal imaging cameras will warn of high temperatures. The school will be professionally disinfected each evening.

Meanwhile, mask-wearing has not been taken up by local yeshivot. Rabbi Dovid Kestenbaum, who heads Manchester’s Chayim Aruchim, told the Jewish Press, “I give a shiur in a yeshiva. I wear a visor. The bachurim don’t need to be so careful.”

But he added, “There are washing facilities and a lot of respect for those who want to be careful.”

Late last week, he told the JTA, “I have never, ever taken a party politician stance…. Nobody knows how I vote… I did not allow my rabbis to use the pulpit for political purposes. And I can see that that is not the case in America. And I’m afraid American Jewry is making a big, big mistake.”

He described politics as “divisive” as opposed to religion, which he said unifies. Rabbi Sacks also described the Israeli “mix of politics and religion” as “catastrophic.”

Police Are Hesitant To Break Up Illegal Jewish Weddings

Greater Manchester Police are apparently wary of breaking up illegal Jewish weddings with more than the allowed 30 guests because of “cultural sensitivities.”

This according to Salford councillor Rabbi Arnold Saunders who shared the information with The Jewish Press after police recently attempted to break up two Jewish weddings in his area.

The rabbi said he received a call around 10 p.m. on the night of the first wedding after guests failed to disperse after an earlier police visit.

Rabbi Saunders said, “The police wanted to go in, but because they felt it was a very culturally sensitive matter, they felt more comfortable if, as a councillor and a rabbi, I would be there with them.”

Bury, in Greater Manchester, which is home to one of the UK’s largest Jewish populations, has been told by its council leaders that it was in the “last chance saloon” as coronavirus cases continued to rise.

Kevin Feddy, president of Holy Law Congregation in Bury, told The Jewish Press, “We are keeping a close eye on developments and any changes to official guidance that may arise.”

On the yamim nara’im, he said, the shul would function as it is functioning now, “namely with Covid-safe procedures.”

He added, “We are also hoping to cater in some way for people who are unable or are reluctant to attend shul due to the pandemic, perhaps with off-site shofar blowing and Zoom events in the run-up to the High Holidays.” 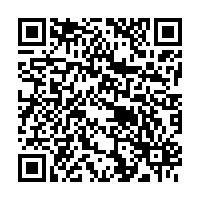