London’s Metropolitan Police are beginning to crack down heavily on breaches of coronavirus laws by members of the Jewish community.

The Shabbat before last, police raided a Stamford Hill synagogue, where staff were found clearing up “large parties,” thought to be a Seudah Shelishit and Melaveh Malkah.


Sharing of food, unless essential to worship, is not permitted according to current legislation. A £10,000 fine was imposed.

Last Friday, news broke that police had raided a wedding at Stamford Hill’s Yesodey Hatorah Girls’ School. Windows had been covered up to stop police seeing inside the building. Many guests fled as the police arrived.

A £10,000 fine was imposed on the organizer and five attendees received £200 penalty notices. Originally, news reports place 400 guests at the wedding; that number was later reduced to 150.

Chief Rabbi Ephraim Mirvis said: “This is a most shameful desecration of all we hold dear. At a time when we are all making such sacrifices, it amounts to a brazen abrogation of the responsibility to protect life and such illegal behaviour is abhorred by the overwhelming majority of the Jewish community.”

President of Stamford Hill’s Shomrim Rabbi Herschel Gluck told The Jewish Press, “I have always staunchly encouraged everyone to follow government regulations. We have to look after our own health and other peoples’ health.”

This past Shabbat, police imposed a 48-hour dispersal zone, giving them extra powers to break up gatherings in London’s Golders Green, where numbers of shul-attendees were more than permitted.

Officers were concerned about too many people attending Ohel Moshe Synagogue, and, after a morning visit, the police reportedly prevented a Minchah service from taking place.

The Metropolitan Police spokesman, however, told The Jewish Press that there has been no recent change in policy. “Our approach is the same all across London,” he said. “We react to what we are told when breaches are reported and use our professional judgment.”

Earlier a prominent figure in London’s charedi community told The Jewish Press that he felt that the police had been “very derelict in the way that they had handled the whole Covid-19 issue.”

He said, “I don’t know if they are worried about anti-Semitism or that they don’t care about Jewish lives. They haven’t approached it anywhere near in a proper manner.” 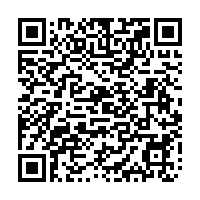