Manchester Mayor Andy Burnham has called Jewish weddings and funerals, with numbers of attendees far exceeding those permissible under coronavirus regulations, “outrageous breaches of the rules.”

Police recently stopped a Jewish wedding with around 100 guests taking place in Broughton, Salford. As many as 300 people were reported to have attended a Jewish funeral in Whitefield.


Burnham told the Jewish Telegraph, “The issues are serious and I will commit now to working with Greater Manchester Police to look into this because they should not be happening and are outrageous breaches of the rules that are now in place. They need dealing with quite severely.”

Jewish Covid law-breaking reached as far south as the seaside resort of Bournemouth. During the recent winter holidays when residents of Tier 4 areas, like Manchester, were not allowed to go outside their area, a resident of Bournemouth, which was in Tier 2, approached around 12 Jewish girls from Manchester who claimed “they were entitled” to be there. Hundreds of Jews were seen flocking together, without social distancing, in the resort.

Government guidance on school closures has enabled yeshivot and seminaries to remain open during the current lockdown, but has caused problems for some.

The guidance states that “vulnerable children and young adults” can still continue going to school, along with the children of key workers. Examples of vulnerable youngsters include “those who may have difficulty engaging with remote education at home (for example, due to a lack of devices or a quiet place to study).”

A Lakewood parent who last Monday cancelled his daughter’s flight to the UK when he heard about the lockdown, told The Jewish Press, “Very few charedi households wouldn’t qualify under either of these examples. Either they do not have enough devices or, with a large family, they don’t have enough space.”

About his daughter, he said, “Originally we thought that the seminaries were going to send everybody home, so we cancelled her flight because there was no point in sending her. But, afterwards, I looked into it and decided that there was no problem. We legitimately sent her on Motzei Shabbat. Her seminary has promised to introduce very strict lockdown rules.”

Meanwhile, Partnership for Jewish Schools executive director Rabbi David Meyer has warned parents not to abuse the new guidance as schools could be overwhelmed trying to provide both remote and on-site learning.

London’s Rosh Pinah Primary School said that on-site school requests amounted to a third of the school’s roll and that a points system would have to be introduced to allocate places.

Zahawi said about Israel, “One of the things we have learned is the speed at which they can actually vaccinate people through the mass vaccination centres. We want to make sure we get to similar speeds. They are doing it [at] about four minutes per patient and that’s the sort of target we want.” 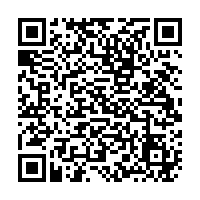