Chief Rabbi Ephraim Mirvis, Shadow Foreign Secretary Lisa Nandy, and many MPs and celebrities joined a 48-hour “walkout” from Twitter on Monday after it failed to quickly remove anti-Semitic material from its platform.

Wiley, a British rapper, wrote a series of anti-Semitic tweets over the weekend that remained up for 12 hours before Twitter finally acted. Some of the tweets still appear on his account.


Among his many tweets were:

“You call me anti semetic but you stole our land so what’s called please ? Theft ? Oh we will just take it Cos black are slaves anyway ?”

“Jewish people are cowards do something to me I am waiting.”

“Jewish yeah ? don’t ya mean Eastern European or Lithuanian or something else cos ISREAL is a black peoples place.”

The “godfather of grime” has been dropped by his Jewish manager John Woolf, who said, “Following Wiley’s anti-Semitic tweets we…have cut all ties with him. There is no place in society for anti-Semitism.”

Board of Deputies president Marie van der Zyl said, “We in the Jewish community were appalled to see Wiley’s anti-Semitic racist rant carry on for hour after hour with no intervention from Twitter or Instagram at all.”

Home Secretary Pri Patel has demanded a “full explanation” from Twitter and Instagram as to why the “abhorrent” posts were not taken down more quickly.

Federation of Synagogues dayanim have forbidden visitors from the United States or Israel who should be in quarantine for two weeks upon arrival in England from attending simchot or minyanim in the UK.

The Federation’s beth din, headed by Rabbi Shraga Feivel Zimmerman, said, “It has come to our attention that people have been arriving in the UK from abroad, from countries that are still experiencing a widespread epidemic, who are not observing the 14-day quarantine.”

It said these people were “putting other people’s lives at risk.”

Simcha hosts, the dayanim said, were “responsible to ensure that no one in such a situation will attend their simchos.”

If they do, other people may not attend, they said.

Labour leader Sir Keir Starmer apologized in the High Court last week for his party’s defamatory statements on whistleblowers who spoke out on the existence of anti-Semitism in Labour and agreed to pay hundreds of thousands of pounds in damages.

The move was welcomed by the Jewish Labour Movement, which said, “This is a significant shift from the Labour Party which defamed the whistleblowers last year.”

Former Labour leader Jeremy Corbyn condemned Starmer’s settlement. “The decision to settle these claims in this way is disappointing and risks giving credibility to misleading and inaccurate allegations about action taken to tackle anti-Semitism in the Labour Party,” he said.

The Campaign Against Anti-Semitism has called for Corbyn to be suspended from the Labour party.

A class of boys in Finchley’s Pardes House Primary School was put into quarantine for two weeks after a teacher tested positive for Covid-19. 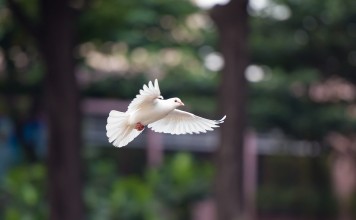