The rav of Manchester Machzikei Hadass died on the last day of Pesach, aged 100, after a long illness.

Rav Menachem Mendel Schneebalg was born in Romania. His father, the late Rav Dovid Tzvi Schneebalg, was a Romanian rosh yeshiva, who later came to Manchester to head Machzikei Hadass.


Menachem Mendel studied under Rav Eliezer Hager of Visnitz, the author of Damesek Eliezer. In 1958, he became the rav of Damesek Eliezer Synagogue in Prestwich, Manchester, and then succeeded his father at Machzikei Hadass when the latter left for Israel in 1966.

London’s Cranbrook Synagogue welfare minister Reverend Gary Newman told The Jewish Press of the impression Rav Schneebalg made on him when he used to attend Schneebalg’s Machzikei Hadass minyan when he lived in Manchester. “You just had to look at his face. It made you feel in awe. He was very, very special, a holy man,” he said.

Rav Schneebalg is survived by sons with rabbinic positions in the United States and London, daughters, grandchildren and great-grandchildren.

He was buried in Israel.

Former Jewish Labour MP Dame Louise Ellman, who quit the party over anti-Semitism in it, says she will re-join the party once further action is taken against anti-Semitism among the membership of some local constituency branches.

Her announcement coincided with the first anniversary of Sir Keir Starmer as head of the Labour party.

Ellman told the Sunday Times, “Keir Starmer has come a long way in addressing the concerns of the Jewish community and has made a heartfelt apology but there is still more that he needs to do to address the toxic culture that has been engendered within some constituency parties. However, I acknowledge the entire atmosphere has changed.”

Meanwhile, a YouGov poll conducted by the Jewish Chronicle has revealed that 70 percent of Labour members dismiss the party’s problems with anti-Semitism, and 72 percent believe previous Labour leader Jeremy Corbyn should not be expelled from the party.

Half of Labour members consider Israel an “apartheid state” and 61 percent support boycotts against Israel.

A spokesman for Labour Against Anti-Semitism said, “While progress in tackling anti-Semitism was not expected to be easy, it is concerning that so little appears to have changed during the year of Sir Keir’s leadership.

“Our activists are reporting as many incidents as before, while the expulsion rate for serious cases of anti-Semitism is lower than a third. That’s a long way from the zero tolerance policy that Starmer has promised.

“Doing ‘just enough’ will not be enough.”

A North Manchester Conservative has been suspended for making inappropriate remarks.

Whitefield councillor Robert Caserta last year allegedly told an interviewee for a council post as senior officer that it would be difficult to communicate with residents in the Jewish area of Sedgley “unless you speak Hebrew.”

Caserta was found last week to have used “inappropriate language” and told to make an “unequivocal written apology.” 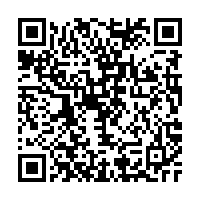