The Community Security Trust (CST), a British charity whose purpose is to provide safety, security, and advice to the Jewish community in the UK, on Thursday published its annual Antisemitic Incidents Report 2021 showing that antisemitic incidents in Britain in 2021 reached a record high, probably in reaction to the clashes between Israel and Arab terrorists in Gaza, the liberated territories, Jerusalem, and the mixed cities within green line Israel.

According to the report, the record figure is due to the volume of anti-Jewish reactions to the escalation of conflict between Jews and Arabs in Israel and the territories. In May, when the conflict peaked, CST recorded its highest ever monthly total of 661 antisemitic incidents – more than the second-and third-highest ever monthly totals combined. (July 2014 had 317 incidents, January 2009 had 289, also in reaction to clashes between Israel and Arab terrorists, both times in Gaza).

The sharp rise in antisemitic incidents in 2021 did not immediately decline after the clashes in Israel had ended. May and June saw 661 and 210 incidents respectively, accounting together for 39% of the 2,255 antisemitic incidents of the entire year. The average monthly total in the remaining ten months was 143, only slightly more than 140 in 2020.

“It is no exaggeration to say that the landscape of UK-based antisemitism in 2021 is largely defined by responses to conflict in Israel and Palestine, as indeed is the unprecedented annual figure,” the CST report states, noting that “it perpetuates the pattern of historically high antisemitic incident totals recorded in recent years, with more than 100 incidents reported in 11 of the 12 months of 2021. By way of comparison, CST recorded monthly totals exceeding 100 incidents on six occasions between January 2006 and March 2016.”

The increase in violence in the Middle East took place concurrently with the easing of COVID-19 restrictions so that in May, most businesses were allowed to open and event capacities were raised, and legal controls on outdoor socializing were lifted. The CST report speculates that the relaxing of regulations, coinciding with the trigger events in Israel, “provided the opportunity and impetus for a mass release of lockdown-induced frustrations.”

CST recorded 173 incidents in the category of Assault in 2021, an increase of 78% from the 97 incidents of this type reported in 2020 and the most ever recorded in a year.

Three attacks were severe enough to be classified as Extreme Violence, the same as in 2020.

Cases of damage and desecration rose by 11%, from 74 incidents in 2020 to 82 in 2021. Thirty-eight of these incidents involved damage to the homes and vehicles of Jewish individuals, 17 to Jewish businesses and organizations, nine to synagogues, four to Jewish schools, and four to Jewish cemeteries.

CST reports that in the category of Threats in 2021, which includes direct threats to people, institutions, or property, there was a rise of 68% from 85 incidents in 2020.

There were ten incidents in the category of mass-produced antisemitic literature in 2021, a 17% drop from the 12 incidents recorded in 2020. 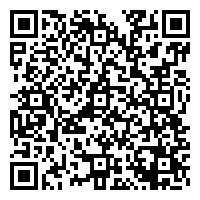