President Reuven Rivlin returned to Israel Wednesday night following his working visit to London, where he met with Chief Rabbi Ephraim Mirvis as well as with the leadership of the United Hebrew Congregations of the Commonwealth.

In his meeting with the Chief Rabbi, the president lent his support to Rabbi Mirvis’ work, including the article he published recently expressing his concerns about rising anti-Semitism in the UK.

Rivlin told the chief rabbi, “Your clear voice and leadership, particularly in the last few days, fills us all with pride.” He also stressed the importance of the global Jewish community as Israel’s ‘fifth tribe’ and expressed his deep solidarity as they face a worrying increase in anti-Semitic incidents.

The president then spoke at an event held in his honor by the leadership of UJIA, which included an address by Chair of UJIA Louise Jacobs. The president spoke extensively about anti-Semitism in his remarks, saying “Since the Balfour Declaration, Israel has shared common history and common democratic values with Britain. It is because of these strong bonds that we are extremely concerned by the rise in anti-Semitism in the UK.”

The president referred to the shocking new figures published by the watchdog organization, Community Security Trust (CST), saying, “We cannot accept that in 2019, in the UK and throughout the West, Jewish community events require guards, Jews fear wearing kippot on the streets and the homes of Holocaust survivors are vandalized.

“I recently convened an urgent meeting of counter-anti-Semitism coordinators from five countries, including Lord Pickles, to coordinate our response. In January, I will host leaders from all over the world at Yad Vashem, to mark seventy-five years since the liberation of Auschwitz. I have invited Prince Charles and hope he will attend. Together we will call on all governments to adopt a policy of zero tolerance for any form of anti-Semitism.

“Zero tolerance means providing security for Jewish communities, and countering religious extremism. It means insisting that there is no room for anti-Semitism in the halls of power, and no room for incitement on social media. It means effective legislation, and effective Holocaust education.” 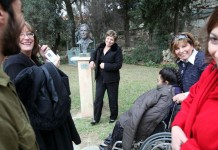 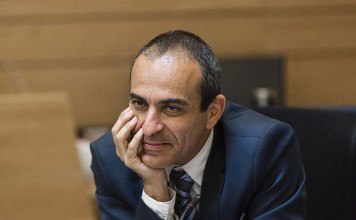