Israel has sent a rescue team to help the nation of Albania after a 6.4-magnitude earthquake – the worst in decades – struck the nation’s coastal cities at around 4 am local time this past Tuesday. Aftershocks are continue to hit the area.

According to the US Geological Survey (USGS) the epicenter of the quake was located at around 10 kilometers northwest of Shijak, at a shallow depth of about 10 kilometers.

At least 650 people were reported injured and 26 were confirmed dead in the temblor, but the death toll is expected to rise as rescuers continue their search.

A second, 5.5-magnitude earthquake rocked the country at 4:45 pm local time on Wednesday, 19 kilometers southwest of Mamurras, close to the coastal city of Durres, where the first quake sent buildings crashing to the ground.

Thousands of survivors have been left homeless, according to euronews, which reported authorities are working to match spare hotel rooms with the survivors. Prime Minister Edi Rama told the news outlet, “It is winter time, they cannot stay under tents … kids need to do their homework, people need to be warm and so on.” 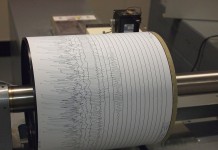