While services in socially-distanced synagogues can go ahead, gatherings of more than six are not allowed outside.


Last Friday, Mayor Cllr Caroline Stock and director of public health Dr. Tamara Djuretic of London’s Barnet Council, the UK borough which houses the largest population of Jews, wrote to synagogues: “A minyan in a private garden, public park or other public outdoor space will not be allowed and those who hold one or take part may be fined.”

Government guidance, published on Monday, states: “It is against the law in England to gather with more than five other people in private gardens. Gatherings in a public outdoor space are also against the law unless the gathering is exempt/has been authorized by a business, charity, a benevolent or philanthropic organization or a public or political body applying Covid secure risk controls.

“The organizer must have carried out a full risk assessment…and taken all reasonable measures to limit the risk of transmission of coronavirus.”

Kevin Feddy, president of Manchester’s Holy Congregation, told The Jewish Press: “At this stage we are still planning a Covid-19 safe shofar blowing outside the main shul with social distancing measures in force. But, we won’t know for a couple of days. The situation is still evolving.”

Rabbi Yisroel Cohen, who is organizing Manchester Chabad outdoor shofar blowings, told The Jewish Press, “We will have much more personalized blowings outside homes with only six people, socially distanced. This means an increase in shofar blowings.”

As infections continued to rise in Jewish areas of Manchester, local Jewish Bury Councillor Jane Black said: “Pikuach nefesh, the protection of life, is the highest principle in Judaism and we, as a community, must take responsibility and protect ourselves and others from Covid-19.”

New Mayor Passes Away Before He Can Take Office

A Union of Orthodox Hebrew Congregations executive member who was due to become mayor of the London borough of Barnet last week died two days after he was to be inaugurated.

Barnet media and social media officer David O’Neill told The Jewish Press: “The (mayoral) ceremony could not go ahead as planned last week due to his illness.”

Brian Gordon, 64, had cancer. He was vice chairman of the UOHC’s external affairs committee and represented the charedi organization in discussions with government ministers, particularly on issues like faith schools and organ donation.

Leader of Barnet Council Cllr Dan Thomas said, “Brian was a valued councillor and respected member of the Conservative Group, who passionately represented Edgware ward for over two decades.”

He added, “He was also a well-known and respected member of his congregation at Machzikei Hadass in Edgware.” 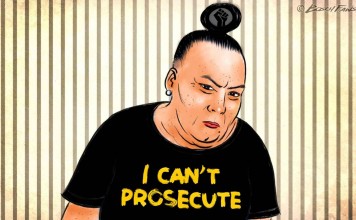 She Cheered BLM Rage. Biden Picked Her as a Federal Prosecutor. 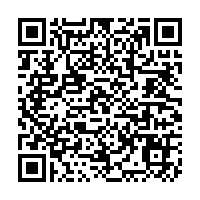