British Police have named the third attacker in the London terror rampage that took place Saturday night to be confirmed as Moroccan-Italian Youssef Zaghba, age 22. He was arrested last year while trying to travel to Syria, but apparently had no problem entering the UK, The Telegraph pointed out with some acidity. He was on an Italian watch list and was reportedly stopped in Bologna, where his mother still makes her home.

Nevertheless, he was deemed by MI5 and British Police to be an individual not considered to be a “subject of interest.” ISIS videos have since been found on his cell phone.


Two of the three terrorists were named earlier this week.

All three were shot and killed Saturday night as they rampaged through central London on the London Bridge and into Borough Market.

Rachid Redouane, age 30, killer number two, was given the identity of a Moroccan-Libyan pastry chef by his European wife on their child’s birth certificate and had an Irish identity card, although he was apparently “not known to Irish police.” He also used the name Rachid Elkhdar, and like his fellow terrorists, was a resident of east London.

Together they murdered seven people and wounding 48 others, of whom at least 18 are still in critical condition.

The family home of killer number one, Khuram Butt, age 27, was raided in Pakistan. He was killer number two, who had worked in customer service at Westminster train station, and had access to the tunnels under the Parliament. He was also a key contact of the London bomber Mohammed Siddique Khan and hate preacher Anjem Choudary. Butt was reported to an anti-terror hotline in 2015 and was under investigation that same year but was ruled out as a potential attacker for some odd reason.

According to a report published by The Guardian, chief executive Mohammed Shafiq of the community cohesion campaign the Ramadham Foundation said he personally was called a “traitor” in Arabic (“Murtad”) and accused of being a “government stooge” by Butt in a verbal exchange after the murder of Lee Rigby in 2013.

The incident took place when Shafiq confronted Anjem Choudhury about his support for terrorism, and Shafiq’s public campaign against Lee Rigby’s murder, which was gruesome. The police arrived and led away Choudhury, Butt and two others, Shafiq said.

“It is clear that Anjem Choudhury and his band of terrorist sympathizers were known to the police for many years. Many of us in the British Muslim community have been demanding action against these extremists to no avail. I am not surprised that Khuram Butt carried out the terrorist attack and there are serious questions for the authorities,” he said in a statement to The Guardian.

“I call for an immediate investigation into what the police knew, what was done and why action was not taken against them.” 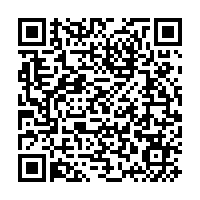