Prime Minister of Malaysia Mahathir Mohamad on Monday was the guest of Cambridge Union, and, according to the Union of Jewish Students, let go of some revealing anti-Semitic comments. The crowd, which included Malaysian undergraduates and Malaysians residing in the UK, laughed at the anti-Semitic remarks, which was disturbing by itself.

“I have some Jewish friends, very good friends. They are not like the other Jews. That’s why they are my friends.”

.@cambridgeunion has been criticised by @UJS_UK and other community leaders after inviting controversial Malaysian PM Mahathir Mohamed: https://t.co/xhEa84sk2r


“I have some Jewish friends, very good friends, they are not like the other Jews, that’s why they are my friends,” Mohamad shared with the audience members, who laughed in appreciation. In fact, Al Jazeera’s coverage of the event was appropriately headlined: “Appreciative Laughter Greets Malaysian PM’s Antisemitic Barb at Cambridge University Appearance.”

Examples? PM Mohamad was curious why Jews “resent” being described as having hook-noses, pointing out: to the sound of appreciative laughter, “Why is it that it is the Jews who resent this when other people don’t resent being accused of some general characteristics they have?”

Someone should inform the new Black-Jewish Congressional caucus…

The moderator, who was later accused of throwing softbalsl to his guest (of course they didn’t use “Softball” because it was in Cambridge), asked whether it was fair to attack all Jewish people for the alleged actions of Israel, which Dr Mohamad answered: “Most support the wrong things being done by Israel. Of course if you say anything against the Jews you are labeled as anti-Semitic. No other race in this world labels people like that. Why is it so difficult… Why is it forbidden for us to criticize the Jews when they and other people criticize us?”

9/11 comes to mind, followed by two decades of mass murder and mayhem inflicted on the world by Muslims. But that response is not something one would hear at Cambridge Union. Instead, the moderator, who confessed to being Jewish himself, asked the PM why he “focused particularly on Jewish people.”

Answer: “Well, the Jews do a lot of wrong things which force us to pass comment.” Mohamad came up with the 2010 Marmara boat clash, and his takeaway from that incident was: “It is a Muslim mission, they don’t care – nine people were killed.”

Rather than challenge the PM’s faulty facts and context, the moderator blamed Israel for the event, rather than the “Jewish people.”

Which was an opening for the Malaysian PM to retort: “I am waiting for the Jewish people to condemn Israel.”

Much appreciative laughter there from the Malaysian section, which was the point when the deflated moderator declared: “Alright, I think that’s enough of that line of questioning from me.”

Yes, perhaps stay off this line of questioning altogether in the future. Get your degree, get married, have babies, and we shall not speak of this ever again. 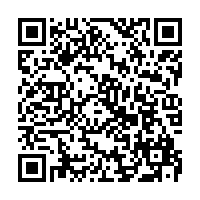