The British Army used a “cutting-edge” Israeli anti-drone system to defeat the unmanned aerial vehicle that harassed hundreds of thousands of travelers at Gatwick airport in London, The Daily Mail reported Friday.

The Army had purchased six “Drone Dome” systems this year from Rafael Advanced Defense Systems for $20 million, to be used against ISIS drones in Syria.

According to the Mail, British police tried to fight off the pesky drones that caused the total suspension of air traffic at Gatwick, but the off-the-shelf DJI drone tracking system was either hacked or could not measure up to the hostile drones.

On Thursday, the Army’s Rafael-made Drone Dome was brought in. The system uses a high-tech radar and a laser range finder to locate drones inside a 6.2 miles radius. After the system locks in the drone, a radio frequency jammer is used to overload the drone with signals, rendering it command useless.

The drone threat is neutralized by activation of directional GPS/GNSS and radio-frequency inhibitor/jammer devices. 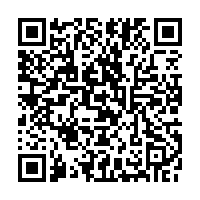