Britain’s general election may be over — with a landslide victory to Prime Minister Boris Johnson and his Conservative Party ending the hopes of Labour Party leader Jeremy Corbyn that he might end military funding to the State of Israel, and instead officially recognize a Palestinian State.

Corbyn’s party, increasingly known for its antisemitic incidents over the past two years, had inspired more than a third of Britain’s Jews to tell pollsters they were seriously contemplating quitting the country if Labour won the election. Despite the party’s loss, however, its members appear not to be fazed by its defeat; if anything, their disappointment seems to be rapidly transforming into anger and for some, even a kind of rage that is beginning to be directed — naturally — “those Jews.”

Think it is over?
Roger says he is a card carrying @uklabour member from Leeds. Sent abusive messages yesterday to his sitting MP about 'chosen people' & working for the local synagogue. 5 likes nobody objected.

What @jeremycorbyn unleashed will take a generation to repair. pic.twitter.com/2nOetJZ4dH

But it was Britain’s Chief Rabbi Ephraim Mirvis, who first had the courage to issue an unprecedented public call to arms warning of the danger to British Jewry.

Once again, the Chief Rabbi warned in a blunt statement last week, “The election may be over, but concerns about the resurgence of antisemitism very much remain.

“Islamophobia, racism and other forms of prejudice continue to afflict our communities and, as has been well publicized, even our political parties,” he said.

“It is vital that we now bring the country together, ensuring that the voices of people from across our society are heard and respected. We must focus on our shared values and leave all hatred and prejudice far behind us.”

Corbyn, a passionate supporter of the Palestinian Authority, has referred to Hezbollah and Hamas as “friends” and was tagged as “the most dangerous man to British Jewry since World War II.” He is widely considered to be responsible for the huge increase in antisemitism in the Labour Party since he took the reins of power in 2015. 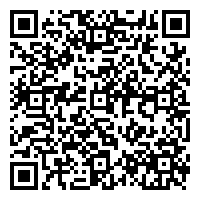