Iran, which is currently holding a stockpile of enriched uranium that is 16 times higher than the limit authorized in the crippled JCPOA nuclear deal between Tehran and world powers, has offered no explanation for uranium traces discovered by UN IAEA inspectors at three previously undisclosed sites.

“After many months, Iran has not provided the necessary explanation for the presence of the nuclear material particles at any of the three locations where the Agency has conducted complementary accesses [inspections],” said a report by International Agency Energy Agency (IAEA) chief Rafael Grossi to member states seen by Reuters.


“The Director-General is concerned that the technical discussions between the Agency and Iran have not yielded the expected results,” the report said.

“The lack of progress in clarifying the Agency’s questions concerning the correctness and completeness of Iran’s safeguards declarations seriously affects the ability of the Agency to provide assurance of the peaceful nature of Iran’s nuclear program,” it added.

In addition, a three-month monitoring agreement between Iran and the IAEA expired last month, leaving the UN agency without access and without any way to monitor more than a dozen nuclear sites in the country.

Recently Iran began enriching uranium to 60 percent – a level which brings the Islamic Republic much closer to the point at which the nuclear fuel is adequately enriched for military purposes, such as the production of a nuclear weapon of mass destruction.

Previously Iran was enriching uranium to 20 percent – also much higher than the level authorized by the JCPOA, which was 3.67 percent.

The Islamic Republic has also begun to produce quantities of uranium metal – a move prohibited entirely under the JCPOA – which can be used as fuel in the core of nuclear weapons. To date, the IAEA estimates Iran has produced at least 2.42 kg of uranium metal – an amount vastly larger than the 3.6 grams of the nuclear fuel reported three months ago.

On a brighter note, damage that was done to Iran’s production facilities at Natanz has continued to slow down the advanced enrichment centrifuges at the site, according to a quarterly report sent Monday to IAEA member states, Reuters reported.

On May 24, the IAEA verified that 20 cascades – or clusters – of different centrifuges were being fed uranium hexafluoride feedstock for enrichment, as compared with the 35 to 37 cascades that were producing at full speed prior to an explosion last month at the site.

Iran has repeatedly vowed to wipe the State of Israel off the global map, and provides generous funding, military training, equipment and advanced weaponry to its terrorist proxies in the region, Hamas, Palestinian Islamic Jihad and Hezbollah. 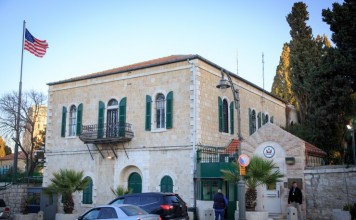 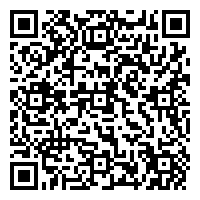