The Israel Law Center (Shurat HaDin) helped a group of Israeli farmers file a lawsuit against Hamas on Monday at the International Criminal Court in The Hague.

The complaint, which calls on ICC prosecutors to investigate alleged war crimes perpetrated by Hamas terrorist leaders Khaled Meshaal, Saleh al-Arouri, and Zaher Jabarin, requests a probe of their orders to followers to use arson kites and other means to breach Israel’s sovereign border and murder its civilians, as well as torch thousands of acres of agricultural fields.


Each of the three leaders were also named because they have Jordanian citizenship; Jordan is a member of the ICC, thus ensuring jurisdiction.

“For many months, Israeli farmers have endured thousands of destructive arson attacks and rocket fire from Gaza while the world stood by in silence,” said Shurat HaDin director Nitsana Darshan-Leitner. “Amazingly, Hamas which has orchestrated this campaign of terror … accuses Israel and the IDF of using excessive force. We are demanding the ICC put an end to this hypocrisy and diligently investigate these Palestinian war crimes. The Rome Statute, which the Palestinians so cynically signed, cannot serve as a one-sided shield for Hamas’ murderous terrorism.”

In addition to the signatures of the farmers, the complaint was co-signed by 50,000 concerned individuals around the world to counter the anti-Israel lawfare campaign accusing the IDF of war crimes for killing Hamas terrorists during the violence at the border in the past several months.

“These farmers and their families have endured the daily barrage of incendiary devices launched from Gaza, as well as the trauma of the incessant attempts to invade Israeli communities and murder civilian men, women and children in their homes,” wrote the Israel Law Center.

The complaint contends the ICC investigation will find a “blatant violation of the Rome Statute (Articles 8 (2) ( c ) (viii) and (28), which prohibits the murder of non-combatants, the destruction of civilian property for unlawful purposes, and the use of civilians as human shields.

The three Hamas leaders “face command liability for the criminal actions of Hamas because they, along with other persons not within the jurisdiction of the Court, exercise effective control and responsibility over them,” the complaint reads. 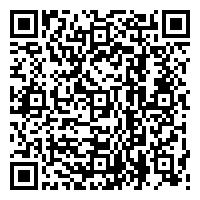