If the Western powers had drawn clear red lines during the 1930s, I believe they would have stopped Nazi aggression and World War II might have been avoided. In 1990, if Saddam Hussein had been clearly told that his conquest of Kuwait would cross a red line, the first Gulf War might have been avoided. Clear red lines have also worked with Iran. Earlier this year, Iran threatened to close the Straits of Hormouz. The United States drew a clear red line and Iran backed off. Red lines could be drawn in different parts of Iran’s nuclear weapons program. But to be credible, a red line must be drawn first and foremost in one vital part of their program: on Iran’s efforts to enrich uranium. Now let me explain why: Basically, any bomb consists of explosive material and a mechanism to ignite it. The simplest example is gunpowder and a fuse. That is, you light the fuse and set off the gunpowder. In the case of Iran’s plans to build a nuclear weapon, the gunpowder is enriched uranium. The fuse is a nuclear detonator. For Iran, amassing enough enriched uranium is far more difficult than producing the nuclear fuse. For a country like Iran, it takes many, many years to enrich uranium for a bomb. That requires thousands of centrifuges spinning in tandem in very big industrial plants. Those Iranian plants are visible and they’re still vulnerable. In contrast, Iran could produce the nuclear detonator – the fuse – in a lot less time, maybe under a year, maybe only a few months. The detonator can be made in a small workshop the size of a classroom. It may be very difficult to find and target that workshop, especially in Iran. That’s a country that’s bigger than France, Germany, Italy and Britain combined. The same is true for the small facility in which they could assemble a warhead or a nuclear device that could be placed in a container ship. Chances are you won’t find that facility either. So in fact the only way that you can credibly prevent Iran from developing a nuclear weapon, is to prevent Iran from amassing enough enriched uranium for a bomb. So, how much enriched uranium do you need for a bomb? And how close is Iran to getting it? Let me show you. I brought a diagram for you. Here’s the diagram.

Ladies and Gentlemen, What I told you now is not based on secret information. It’s not based on military intelligence. It’s based on public reports by the International Atomic Energy Agency. Anybody can read them. They’re online. So if these are the facts, and they are, where should the red line be drawn?

Before Iran completes the second stage of nuclear enrichment necessary to make a bomb. Before Iran gets to a point where it’s a few months away or a few weeks away from amassing enough enriched uranium to make a nuclear weapon. Each day, that point is getting closer. That’s why I speak today with such a sense of urgency. And that’s why everyone should have a sense of urgency. Some who claim that even if Iran completes the enrichment process, even if it crosses that red line that I just drew, our intelligence agencies will know when and where Iran will make the fuse, assemble the bomb, and prepare the warhead. Look, no one appreciates our intelligence agencies more than the Prime Minister of Israel. All these leading intelligence agencies are superb, including ours. They’ve foiled many attacks. They’ve saved many lives. But they are not foolproof. For over two years, our intelligence agencies didn’t know that Iran was building a huge nuclear enrichment plant under a mountain. Do we want to risk the security of the world on the assumption that we would find in time a small workshop in a country half the size of Europe? 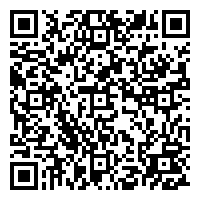