In his dramatic speech to the United Nations, Israeli Prime Minister Benjamin Netanyahu displayed a simple image to make clear home his urgent message to the international community to lay down a “clear red line” before Iran’s nuclear program – or face a reality in which a nuclear Iran would be be as dangerous as a nuclear Al Qaeda.

Netanyahu’s address before the U.N. General Assembly was a forceful appeal to the U.S. and all the other nations who understand the Iranian threat, to join Israel in drawing a line in the sand, beyond which Iran would have to face a military response.


Netanyahu stated that the “security of the world” is at stake.

“The red line must be drawn on Iran’s nuclear enrichment program,” Netanyahu said. “I believe that faced with a clear red line, Iran will back down.”

Netanyahu said the red line needed to be drawn “first and foremost on Iran‘s attempts to enrich uranium to 90 percent.”

After that it‘s too late, he said.

He said that Iran will finish the medium enrichment stage by next summer, and will move on to the final stage. At that point, he said, it would only be a matter of a few more weeks until Iran had enriched enough uranium to build a nuclear weapon.

The prime minister showed a kind of diagram with a cartoonish bomb, divided into three segments, each one representing a stage of uranium enrichment. Netanyahu drew a red line with a marker before the end of the second stage.

Netanyahu began his address with a heartfelt response to Iran’s Mahmoud Ahmadinejad, who claimed the Jews have no history in the Middle East. The PM related the history of the unbroken ties of the Jewish people to the land of Israel, and vowed that they would remain there forever.

Netanyahu’s insistence that President Obama join him in drawing “red lines” that could spur an American attack on Iran’s nuclear facilities has been roundly rejected by the Administration and is threatening Israel’s relationship with this White House.

It has been noted that Obama did not meet with Netanyahu this week, even though both leaders were scheduled to speak at the U.N. Obama’s Republican foes were very critical of this presidential snub.

The only comment Obama made in his Tuesday U.N. speech regarding the Iranian nuclear program, was that the U.S. “will do what we must” to prevent Iran from developing a nuclear weapon.

“Make no mistake: a nuclear-armed Iran is not a challenge that can be contained,” Obama said. “It would threaten the elimination of Israel, the security of Gulf nations, and the stability of the global economy. It risks triggering a nuclear-arms race in the region, and the unraveling of the non-proliferation treaty. That’s why a coalition of countries is holding the Iranian government accountable. And that’s why the United States will do what we must to prevent Iran from obtaining a nuclear weapon.”

PA President Mahmoud Abbas, who attacked decades of Israeli “racist” policies, received only a short comment from Nwetanyahu, who told the assembly: “We won’t solve our conflict with libelous speeches at the U.N. That’s not the way to solve them. We won’t solve our differences with a unilateral declaration of statehood. We have to sit together and negotiate together in which a demilitarized Palestinian state recognizes the one and only Jewish state.” 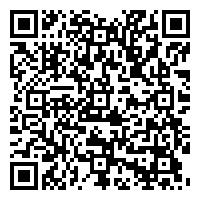