The deliveries of the equipment, which took place over a period of two days, followed a friendly fire incident in which Syrian anti-aircraft batteries shot down a Russian spy plane while aiming at Israeli F-16s during an Israel Air Force attack on an Iranian military target at Latakia.


Syria blamed Israel for the incident, which cost the lives of 15 Russian crew members. Israel blamed Iran — whose military infrastructure was being targeted and who has consistently threatened Israel’s existence — as well as Syria, whose military personnel erroneously fired the missiles that shot down the Russian reconnaissance aircraft.

Russia’s Defense Ministry blamed Israel, claiming the IDF used its spy plane as cover for the strike, and that air force personnel had not provided enough notice for the Russian aircraft to leave the area. Moscow vowed to install equipment to ensure it wouldn’t happen again.

“The delivery started already and as President [Vladimir] Putin said, after that incident … the measures that we will take will be devoted to ensuring 100 percent safety and security of our men,” Lavrov told reporters at a news conference held at United Nations headquarters in New York.

Two Russian Air Force 124 Antonov aircraft delivered elements of the system to Latakia on Thursday and Friday. Lavrov spoke with reporters following his speech at the 73rd Session of the UN General Assembly on Friday.

Vladimir Mikheyev of Radioelectronics Technologies said Friday in remarks carried by the Interfax news agency that Krasukha and Zhitel electronic countermeasure units will place Syria’s air defenses under an “electronic umbrella,” making it hard to spot and attack them.

Moscow also said it will begin to electronically jam any aircraft that might try to launch attacks off Syria’s coast. 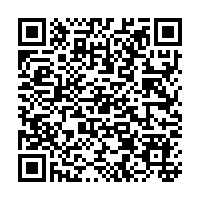