The United Nations General Assembly has voted to suspend the Russian Federation from the 47-member UN Human Rights Council in response to accumulating evidence of war crimes carried out by its forces in Ukraine.


It is the first time since the founding of the world body that a permanent member of the UN Security Council has been suspended.

Israel supported the resolution to suspend Russia’s membership on the UN Human Rights Council “in the wake of the war in Ukraine, Russia’s unjustified invasion of Ukraine, and the killing of innocent civilians,” the foreign ministry said in a statement following the vote.

“Today’s vote doesn’t change our position regarding the UN Human Rights Council, which is an extremist, morally-flawed, biased, and in its very essence, an anti-Israel body that has been exploited as a political tool since its establishment by the world’s main human rights violators in order to, among other things, attack Israel,” Israeli Foreign Minister Yair Lapid said.

Along with Russia, the US, UK, France and China comprise the five permanent members of the UNSC, and all hold seats on the Human Rights Council as well.

The resolution, initially sponsored by the US, UK and Australia, was passed Thursday in a vote of 93 to 24, with 58 abstentions. More than 50 other nations had added their names as sponsors of the resolution by the time it came to a vote. A two-thirds majority was required to pass it, not counting abstentions.

Gennady Kuzmin, Russia’s deputy ambassador to the UN, told the General Assembly before Thursday’s vote that the resolution “has nothing to do with the human rights situation on the ground.

““What we see is an attempt by the US to maintain its dominant position and total control, to continue its attempt at human rights colonialism,” he said. 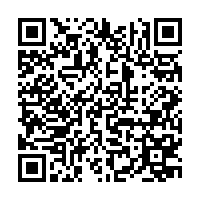