Israeli, Jewish and pro-Israel groups all applauded the publication of an ‘unprecedented’ United Nations report on anti-Semitism, that, among other issues, links anti-Semitism to criticism of Israel and the BDS movement.

“This report marks one of the first times the UN has addressed the issue of anti-Semitism in any detail,” said Anne Herzberg, Legal Advisor and UN Liaison at NGO Monitor. “The Special Rapporteur condemned the use of anti-Semitic tropes and denial of Israel’s right to exist by BDS activists. Importantly, the Rapporteur also recommends the IHRA definition as a useful tool in combating anti-Semitism. Hopefully, UN bodies, particularly the Human Rights Council, will follow the Rapporteur’s lead by adopting IHRA and ending their promotion of anti-Semitic tropes and attacks on Israel’s legitimacy.”

The report, “Combating Anti-Semitism to Eliminate Discrimination and Intolerance Based on Religion or Belief,” that was released by the Special Rapporteur on Freedom of Religion or Belief, Ahmed Shaheed, defines anti-Semitism as a global phenomenon—not one largely confined to the United States and Europe—as has been the case in many previous UN reports. The Special Rapporteur recognizes that the sources of anti-Semitism are varied, coming from the far right, from members of radical Islamist groups and from the political left.

The report identifies violence, discrimination and expressions of hostility motivated by Jew-hatred as a serious obstacle to the enjoyment of the right to freedom of religion or belief. It expresses “serious concern that the frequency of anti-Semitic incidents appears to be increasing in magnitude and that the prevalence of anti-Semitic attitudes and the risk of violence against Jewish individuals and sites appears to be significant, including in countries with little or no Jewish population.”

Additionally, the report “notes claims that the objectives, activities and effects of the Boycott Divestment Sanctions (BDS) movement are fundamentally anti-Semitic.”

The report recommends that all UN member states adopt the International Holocaust Remembrance Alliance working definition of anti-Semitism. So far, 18 of them have done so.

“The Special Rapporteur recognizes that the IHRA Working Definition of Antisemitism can offer valuable guidance for identifying anti-Semitism in its various forms, and therefore encourages States to adopt it for use in education, awareness-raising, and for monitoring and responding to manifestations of anti-Semitism,” states the report.

Israel’s ambassador to the UN, Danny Danon, commented that “we welcome the release of this unprecedented report on the subject of anti-Semitism. The report reflects the organizational change towards Israel. The assertion that the BDS movement encourages anti-Semitism is an important UN statement. As I have said many times, anti-Semitism has no place in our society, and must be denounced everywhere and from every platform.”

“Thanks to Ahmed Shaheed’s methodical and determined leadership, the UN finally is recognizing the severity of this ages-old hatred against Jews, and offering constructive guidance to member states on how to combat anti-Semitism effectively in their own countries and globally,” said Felice Gaer, director of the American Jewish Committee’s Jacob Blaustein Institute for the Advancement of Human Rights. 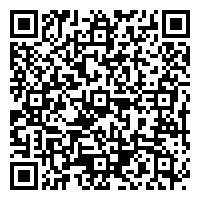