The United Nations High Commissioner for Refugees is again appealing to Israel to halt its policy of relocating Eritreans and Sudanese to sub-Saharan Africa. As of April 2017, according to Israel’s Population and Immigration Authority (PIBA), there are 39,274 illegal migrants living in Israel, not including the estimated 10,000 children born to them in country – comprising altogether more than 0.5% of Israel’s population.

That number is significantly lower than what it was only three years ago: about 54,000. The reduction in the number of African illegals was achieved by the government by granting a cash grant of $3,500 to those who agree to leave. By mid-2017, an estimated 26,000 infiltrators had voluntarily left the country since the start of the wave, in the mid-1990s.

The UNHCR issued its appeal to Israel after interviewing about 80 cases of people who had left Israel with their $3,500 prize, only to risk their lives by taking dangerous journeys to Europe, traveling many hundreds of miles through conflict zones in South Sudan, Sudan and Libya.

In the interviews with 80 adult males, between November 2015 and December 2017, in reception centers and informal settlements in the Rome area, they all reported entering Israel from the Sinai, enduring torture, mistreatment and extortion before reaching Israel. Most said they had been flown from Israel to a third country in Africa with their grant money, but were met with little further support beyond their accommodation on the first night there. They also reported feeling unsafe, because everyone knew they carried money.

In light of this, UNHCR is “seriously concerned” over Israel’s plans to relocate illegal Eritreans and Sudanese migrants to countries in Africa. In January, the Netanyahu government announced its plan to set a three-month deadline for illegals to show up voluntarily for deportation. UNHCR announced that it “stands ready to work with Israel to find alternative solutions for the protection needs of asylum seekers, in line with international standards.”

“This includes resettlement out of Israel,” UNHCR announced. 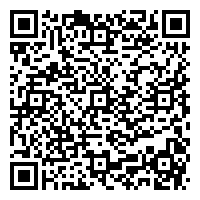