The 47-member United Nations Human Rights Council has released a blacklist of more than 100 companies that it accuses of raising “particular human rights concerns” due to their location in Jewish communities in Judea and Samaria.

Despite objections by the United States in 2016, the UNHRC instructed the UN Human Rights Office to create an anti-Semitic “database” of firms linked to or in any way “supportive” of Jewish communities in post-1967 territories, which are considered illegal by many in the international community.

Top Israeli officials said the move clearly constitutes an outright statement of support for the Boycott, Divest and Sanctions (BDS) economic war against the State of Israel.

“We will fight this declaration with all our might,” said Prime Minister Benjamin Netanyahu. “When the world recognizes our sovereignty on these regions and settlements, this list will become void.”

Foreign Minister Israel Katz called the UN’s publication of the blacklist a “shameful surrender” to Israel’s enemies in the international body.

Although some of the firms on the list are Israeli, a number of them are international corporations, including the tech giant Motorola, consumer goods producer General Mills, travel firms such as Expedia, TripAdvisor and Airbnb, and other companies such as JC Bamford Excavators and Egis Rail.

Publication of the list last March was delayed, with an explanation by Commissioner Michelle Bachelet saying, “Given the novelty of the mandate and its legal, methodological and factual complexity, further consideration is necessary to fully respond to the council’s request.”

“Working at the behest of the notorious UN Human Rights Council, the UN Office for the High Commissioner for Human Rights has officially decided to endorse anti-Semitic BDS by issuing a defamatory list of companies it claims are supposedly involved in “settlement activity”, NGO Monitor Legal Adviser Anne Herzberg said in a statement responding to the UN’s publication of the blacklist.

“These companies have done nothing wrong and many are involved in providing goods and services to Palestinians pursuant to the Oslo Accords.

“This list was made in conjunction with pro-BDS and PFLP-linked NGOs,” Herzberg said.

“All countries targeted by the UN Office for the High Commissioner for Human Rights, particularly Israel and the United States, should reassess their relationships with Commissioner Bachelet’s office, including cancelling all cooperation and the millions of dollars and euros provided to her each year in funding,” she advised.

“The maligned companies should begin assessing plans to take legal action against the UN officials who prepared the list and those who will propagate its false claims.” 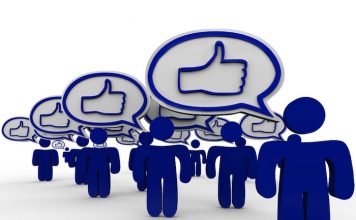 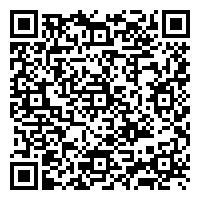