(JNi.media) Hundreds of leaders from Jewish communities and organizations around the world will gather in Jerusalem next Sunday through Tuesday, to participate in The Jewish Agency for Israel Board of Governors’ fall meetings. The discussions will focus on efforts to support the people of Israel in light of the security situation, as well as on the Jewish Agency’s ongoing activities aimed at strengthening the State of Israel and the Jewish world. Representatives of Israel’s Arab, Bedouin, and Druze communities who are involved in The Jewish Agency’s efforts to promote coexistence in Israel will also participate.

The Jewish Agency’s Fund for Victims of Terror continues to provide immediate financial assistance to Israelis affected by the recent wave of terror attacks. The grants are made possible by contributions from The Jewish Federations of North America, Keren Hayesod-UIA, and other donors. The initial assistance of some $1,000 per family is meant to address urgent needs in the wake of an attack. Additionally, the fund will provide supplemental assistance of up to $8,000 to each family recognized as victims of terror by Israel’s National Insurance Institute.

Among the leaders who will address the gathering are Minister of Public Security, Strategic Affairs and Information Gilad Erdan, Opposition Leader Isaac Herzog, Chairman of the Jewish Agency Board of Governors Charles A. Ratner, and Chairman of the Executive Natan Sharansky.

Sharansky said in a statement that “that Jewish leaders from around the world are gathering in Jerusalem at this time is a massive expression of solidarity with the people of Israel. The Jewish Agency will continue to extend a hand to the people of Israel in real time and offer immediate, practical assistance wherever and whenever necessary.”

The Board will also discuss the increase in Aliyah (immigration to Israel), which has resulted in the arrival of some 30,000 new immigrants in Israel this year; efforts to strengthen young Jews’ connections to Israel; programs to promote coexistence in Israel and strengthen Israel’s socioeconomic periphery; the fight against rising anti-Semitism and efforts to delegitimize Israel; and many other matters concerning Israel and world Jewry.

In light of recent events, the Jewish Agency and UJA-Federation of New York have announced that they will assist dozens of small and medium businesses in Jerusalem in receiving loans to help offset the effects of the violence, at a total investment of more than $1.25 million. An emergency fund will grant loans of up to $25,000 per business at favorable rates. The fund has helped establish and expand some 300 businesses in Jerusalem and the surrounding area with loans totaling some $12 million, creating more than 1,200 new jobs. 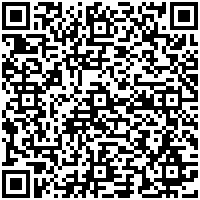