The Pro Football of Fame eliminated Baltimore Raven’s late Jewish owner Art Modell as a candidate in the first round of voting Saturday, one day before the Ravens head off against the San Francisco 49ers in the Super Bowl.

Modell brought the Cleveland Browns to Baltimore in 1996, and sold it in 2003. Baltimore considered him a hero for restoring the glory that the city enjoyed during the heyday of the Baltimore Colts.


However, the move from Ohio cost him popularity in the state, which is home to the Hall of Fame.

Despite the elimination of his Modell, his son David,  a former president and CEO of the Ravens, told JTA last week, “Honestly, I’m kvelling over this game. I’m not praying for results, I’m praying for the strength and courage of this team, and the rest will take care of itself.”

Coincidentally or not, the first round voting also eliminated the 49ers former owner, Edward DeBartolo Jr.

Modell was born into an orthodox Jewish family but married a Catholic. However, he was a heavy contributor to the Associated: Jewish Community Federation of Baltimore, and his son David said that his father was “quietly religious and [a] very spiritual Jew” who lit candles on the yahrzeit of his parents’ deaths, attended temple on Rosh HaShanah and Yom Kippur and recited the prayers over Chanukah candles every year. 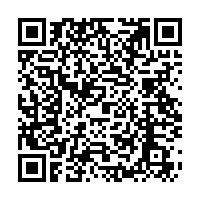