The crowd at the Lincoln Plaza Cinema on the upper west side is mainly Jewish and liberal—ultra-liberal. They behave as if they are superior to all “oustjuden,” the illiterate, superstitious, unwashed Eastern European Jews–and therefore, in their sleek leather boots and fashionable coats they are, surely, finally, safe. At least, safer. After millennia of persecution, here are Jews who are not self-hating, not even opportunist, just Jews who feel secure as long as they feel superior to other Jews. The “outsjuden today are the Zionists, the “settlers,” the “right wing.”

Psychologically, this means that they deserve to survive. They are the “good” Jews. Assimilated, exquisitely moral, the first to find imperfections in their co-religionists.

“I am surprised those Zionists are not outside protesting,” says one woman.

“They’ll be here for the later showing, believe me” says another.

A man chimes in: “You have no idea how fanatic they can be. I know.”

And still, these safe-and-liberal Jews push and shove and behave like Jews do on a line, at the Jewish Film Festival or at the Central Bus Station in Tel Aviv. This I find funny and slightly endearing.

The film, “The Gatekeepers” directed by Dror Moreh, will cause Israel great harm, great damage. Even if each of the six former heads of the Shin Bet had the right to say what he said; even if the filmmaker had the right to direct just such a film—with messianic hopes of his own that his film will jump-start the Oslo Accords and influence the destiny of the Israelis and the Palestinians; even if more than half of what each former Shin Bet director has to say is true, either technically or factually or philosophically or metaphorically—the filmmaker has an agenda; he is following a lethal narrative script against the Jewish state.

For example, we mainly see Israeli soldiers in full battle gear, rounding up their unarmed, barefoot, blindfolded and handcuffed Arab cousins. Or, we see Israelis commanding targeted assassination drone attacks from safe distances with horrendous collateral damage. We do not see Palestinian terrorists knifing Israeli infants to death or stoning young Israeli boys to death in a cave, or blowing Israeli civilians and tourists up on buses.

Yes, we do see the bloody, heartless carnage of some bus bombings but we do not see the handlers sending their targeted “marks” off to do the bloody deed and thereby ascend to Paradise. Yes, we do see some quick shots of a Palestinian suicide video and of marching, face-masked Jihadists, but no one is ever tied to a particular attack upon Israeli civilians.

Only the Israelis are tied, over and over again, to a handful of specific (and alleged) military and “terrorist” attacks of their own.

Even if the scenes of the right-wing anti-Rabin protests and the alleged “settler” plot to blow up the Al Aqsa mosque are real, as in they really took place—the filmmaker does not manipulate the emotions of his audience by showing us, from within, the Palestinians building their bombs, indoctrinating the next generations, vowing to annihilate Israel and the Jews, torturing dissenters and “collaborators.”

We see Palestinians mainly as pitiful victims. We do not see Gilad Shalit in captivity. We have no fictionalized recreation of Kobi Mandel being stoned to death in a cave or of Israeli mothers and infants being murdered while they sleep. We have no footage of the rockets landing in southern Israel and the terrified children with only seconds to get to a bomb shelter—now traumatized for life. We do not see how 24 Israeli soldiers were massacred, one by one, in Jenin, as they went in on foot in order to avoid international censure for daring to dismantle the bomb-making apparatuses in Jenin.

Yes, we see some scenes of fiery Palestinian rock throwing and some of the awful bus bombings of both the first and second Intifadas. But, Mr. Moreh is no moreh.

He does not talk to the Shin Bet’s counterpart heads of Fatah, Hamas, Islamic Jihad, the Palestinian Authority, or Hezb’ollah, etc. He has his six retired Israeli directors tell us that the Palestinians are ready for peace, that in private meetings they have said so, and that the Israeli government is blind, stubborn, refuses to listen—to the peaceful Palestinians and to their Shin Bet commanders. Can this be true? 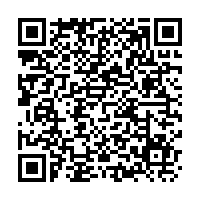