Changes are coming for Hamas.

Longtime leader Khaled Mashaal, who has ruled the terrorist group’s political structure from Damascus since 1996, has told Palestinian media he would soon step down, choosing to accept a two-term limit and not seek re-election.

Mashaal recently ordered a suspension of Hamas hostilities with Israel – a move that, reportedly, did not sit well with the group’s Gaza-based leadership. Ismail Haniyeh, the top Hamas official in Gaza, said as recently as last week that Hamas would never lay down its arms in its fight against the Jewish state.

Moussa Abu Marzouk, Mashaal’s deputy, is expected to succeed Mashaal. But Marzouk and other senior Hamas officials in Damascus are said to be fleeing Syria, fearing repercussions of the political and military clashes taking place there that threaten the Hamas-friendly regime of President Bashar Assad. According to numerous reports, the Hamas officials are moving to Egypt and Jordan — each of which has strained relations with Hamas due to its strong ties to the Muslim Brotherhood.

Hamas also faces conflict within its own ranks, based on a long-standing divide between the Damascus and Gaza headquarters, as well as an impasse with Fatah over control over the Palestinian Authority. Mashaal and PA President Mahmoud Abbas announced a breakthrough in long-ensconced reconciliation talks between Hamas and Abbas’ Fatah party, declaring a new era of partnership between the warring factions. Recent reports, however, indicate flagging confidence in the success of that reconciliation.

Another area of contention has arisen as well, with the reported beating of dozens of Shi’ite worshippers by Hamas gunmen in the Gaza Strip. The attack was said to have been indicative of fears within Hamas of the growing influence in Gaza of Iran. Teheran’s Shi’ite regime funds Islamic activity in Gaza and helps arms Hamas. Conversions from Hamas’ Sunni brand of Islam to Shi’ism are reportedly on the rise. 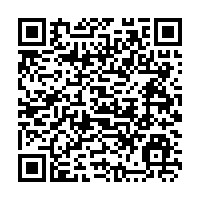