Hamas committed war crimes against both the Israeli population and the population of Gaza during last summer’s Operation Protective Edge, a new report from the Foreign Ministry has revealed.

Foreign Ministry Director-General Dore Gold released the report Sunday afternoon (June 14), one day before the United Nations is expected to release its own report on the 2014 war.


The report found that Hamas intentionally held battles in populated urban areas, in an attempt to use Gaza civilians as a human shield. Hamas frequently wired civilian homes with bombs or used them as command centers. In some cases, Hamas fighters forced Gaza civilians to remain in their homes despite Israel warning them to leave.

Hamas also violated international law by storing weapons in schools and by fighting from mosques, as well as by disguising its soldiers as civilians or as Israeli soldiers – both of which are prohibited under international law.

Much of the fighting centered on Hamas’ efforts to prevent Israel from destroying tunnels it had built from Gaza into Israeli territory, with the goal of staging terrorist attacks. The report noted that the tunnels were built in populated areas, and often within homes themselves.

The report noted that during the fighting, Hamas fired 4,500 rockets and mortar shells at Israel. The areas targeted by the rockets were home to 70% of Israel’s population.

The report found that Israel made several efforts to prevent civilian casualties. Among other things, the IDF issued warnings to civilians before entering areas where tunnels were to be destroyed, ran multiple checks to ensure terrorist positions had been correctly identified before opening fire, and cancelled planned strikes if it was known that civilians were in the area.

In addition, Israel ensured that humanitarian aid entered Gaza during the fighting, despite Hamas attacks targeting the crossings through which the aid was delivered.

Deputy Foreign Minister Tzipi Hotovely praised the report, which she noted was the result of many months of in-depth research.

“Anyone who isn’t trying to ignore the facts will see that the IDF did obey the law,” she declared.

Democracies must fight terrorism “with one hand tied behind their back,” Hotovely said, quoting former Supreme Court justice Aharon Barak. However, she added, “There are those who are making a cynical effort to tie both hands behind our backs” – a possible reference to tomorrow’s UN report, which is expected to be highly critical of Israel. 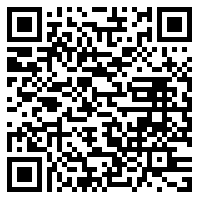