Prime Minister Benjamin Netanyahu expressed deep concern Saturday night about the latest rise in the number of COVID-19 coronavirus cases, and described in a briefing to the nation the steps the government is about to take to prevent further spread of the virus.

Netanyahu especially talked about the trend towards complacence that he has seen, that has led to a lack of adherence to the guidelines that prevented the spread of the virus in the first place. (Ed. Note: Transcript of the prime minister’s remarks follows this article.)

On Friday, there were at least 101 new cases of the virus; on the Sabbath that number rose by another 25. Nevertheless, it was decided to keep all schools open, other than those in which students have become infected.

Finance Minister Israel Katz and Education Minister Yoav Gallant also spoke at the briefing as well, describing the steps that are to be taken to reduce the spread of the virus, which has again begun to spread among Israeli citizens.

Last week the Health Ministry launched its new campaign, “We will be alright, or we will be under lockdown.”

Health Minister Yuli Edelstein said in a statement during the launch of the campaign prior to the Shavuot holiday, “”Alongside the reopening of the economy, there is marked loosening in public discipline.

“The entire Israeli population is held responsible for avoiding another wave of coronavirus and lockdown,” Edelstein said in his statement at the time.

At least 121 students and teachers at Jerusalem’s Gymnasia Rehavia High School are currently infected with the coronavirus. The school was closed down last week after testing revealed more than 10 percent of the student body had contracted the virus.

A “coronavirus official” will be appointed in each school to monitor adherence to Health Ministry guidelines.

Students will receive special training this week on Sunday or Monday to re-learn how to maintain proper hygiene, social distancing and how to properly wear their masks.

It is hoped that with all these measures, the virus will be contained and there will be no further spread.

Netanyahu, Gallant and Katz together repeated Saturday night – one principal message above all – “Wear masks and maintain distancing and hygiene, because if we are not alright, we will again be under lockdown.”

Following is a transcript of Prime Minister Netanyahu’s remarks:

“Citizens of Israel, last time we met, I showed you this slide, which presents the decline in morbidity in Israel. Today, I regret that I must show you the next slide, which shows a steep increase in recent days.

“I admit, it is affects all of us, even me. I was watching television last night and I saw happy Israelis. I was happy with them. I saw Israelis sunbathing crowded together on the beaches, and dancing close to each other without masks. I heard them rejoicing. They said: “The corona is behind us.” Unfortunately, this is incorrect.

“We have had very major successes in the fight against corona, successes on a global scale. But the pandemic is most definitely not behind us. It is running amok in the world and it is still here in Israel – among us and in our midst.

“We extinguished the greatest flames of the conflagration in the country but we have been left with the smoldering embers which a slight breeze can fan ablaze and carry the fire to other places. Nobody is immune.

“As long as there is no vaccine for the virus, it will return and spread if we are not strict about being cautious. We are all called upon to continue adhering to the rules. When I say ‘we are all’ that includes me, my fellow ministers, MKs and it includes you – dear citizens of Israel.

“The rules are simple: Maintain two meters’ distance. Wear masks in the public sphere. Wash your hands and maintain the rules of hygiene.

“If we do not do this, there will be no choice but to go back to restrictions on the economy and in the public sphere. If we do this, we will be able to continue to open our economy, bring back jobs, restore growth and restore hope.

“From now on, we will do three things in tandem: We will tighten the discipline regarding the corona rules that had loosened. We will encourage activity by businesses that respect this discipline and we will act against whoever does not strictly uphold the rules and thus endangers the health of us all.

“We must remember one thing: The virus is very deadly. In the absence of protective measures it spreads at a geometric rate and claims very many lives. The number of infected people in the world is over six million. Yesterday there was a record number of new cases in the world in one day.

“Unfortunately, this virus is not impressed by the weather. It is not affected at all by the climate. Today it is strongly hitting hot countries such as Brazil, Mexico, India, Peru and – in our region – Iran, Turkey and Egypt. It also strikes cold countries. In Sweden, where the number of citizens is identical to ours, and which deliberately declined to impose health restrictions, and there are those who recommended such a thing here, there are currently 4,300 dead from corona. In Belgium, where the population is also identical to ours, and which took cautious measures but very belatedly, there are currently almost 10,000 dead.

“To our joy, this has not happened in Israel. But we feel pain over the deaths of 284 corona victims. We share in the families’ grief for their loved ones. In Israel we have not reached the horrific numbers of other countries because we took effective, rapid and timely steps. But these steps also exacted a heavy price from the Israeli economy. Therefore, with the decline in the rate of infection, and we have reached a rate of infection of only a few cases per day, we decided to gradually open the economy, and together with it the education system. These go together.

“I remind you that when we announced the lifting of restrictions, we said that this opening would be experimental, that it would be influenced by the morbidity situation. At one cabinet meeting, I likened it to playing an accordion – we open it when morbidity is low and close it when morbidity is high. This is the corona routine. We also determined warning indicators according to which we would convene to discuss if it was necessary to close the accordion back up. This is exactly the assessment that we held today with my fellow ministers and the professional team.

“First, we determined that the coming days would be a test, to see if there is a change in trend that would require a change of policy, such as closing education institutions. As of now, we have decided not to close all of the schools because the data does not require it. I very much hope that we will not have to change this decision later on.

“Second, this week we will update the purple badge for businesses and we will adapt it to the reality and routine of corona. We are evaluating, and correcting ourselves, and becoming more precise, all the time.

“Third, I have instructed the Public Security Minister to increase inspection and enforcement of the rules by the police. There is very reduced enforcement, to put it mildly, and we will change this through the police. I also asked the Justice Ministry to enable the operation of municipal inspectors.

“Fourth, the Education Minister will use additional measures to ensure that the rules are being maintained in schools; he will give details presently.

“Fifth, we will encourage people to be tested and we will initiate tests in places with a high potential for infection.

“What I am asking of you, citizens of Israel, is to be strict about the main thing. One need not quibble here. One simply needs to remember the three main rules which, unfortunately, the public has forgotten: Maintain distance, wear masks and maintain hygiene.

“Until a vaccine is found, we are on a long journey adjacent to an abyss. We took several important steps to distance ourselves from it but with the recent belittling of maintaining the rules, we are drawing closer to it again. This must stop. Each one of us needs to see to it that we neither become infected nor infect others. We are all responsible for each other. If we act accordingly, I am certain that we can revive our economy and bring back jobs quickly.

“Here is the essence of my message: Corona is running amok in the world. It is not skipping over us. If we do not adhere to the rules, it will come back and strike us. We need to tighten discipline so that we will be able – at the same time – to open the economy. We will keep the rules and with G-d’s help they will keep us.” 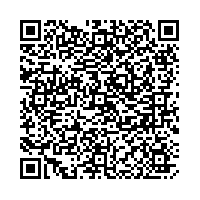