Researchers from Israel’s Ben-Gurion University (BGU) in cooperation with the National Institute for Biotechnology of the Negev (NIBN) and the US National Institute of Health (NIH) have made a breakthrough in the fight against the lupus disease – identifying the path used by mitochondrial DNA to exit cells in order to trigger autoimmune diseases and developing a way block that escape route.

The research was published in Science Magazine on Friday, sharing the knowledge with researchers around the globe to hopefully develop a cure for lupus based on the breakthrough.

Professor Varda Shoshan-Barmatz of the Department of Life Sciences and the founding Director of the NIBN, in collaboration with Dr. Jay Chung of the NIH, have successfully demonstrated that the mitochondrial protein VDAC1 is critical for the release of mitochondrial DNA (mtDNA) associated with the lupus disease.

They demonstrated that restricting of VDAC1 with a newly developed molecule resulted in substantial improvement in pathological aspects of the disease.

“When VDAC1 is over-expressed, as found in several diseases, a large pore composed of several VDAC1 units is formed, allowing the release of pro-cell death factors and mtDNA,” BGU explained in a statement.

“Our breakthrough is identifying a new pathway for the exit of mtDNA that we can either trigger under controlled conditions or inhibit using our novel molecule that we specifically developed to prevent the formation of this pathway,” explained Prof. Shoshan-Barmatz.

“Since the results thus far with lupus have been so promising, we believe that the molecule will be beneficial with regards to other diseases such as Alzheimer’s, Crohn’s and Ulcerative colitis – as our preliminary results already support,” she added.

Lupus is a chronic autoimmune disease that can attack various parts of the body. According to the Lupus Foundation, there are five million cases around the world.

The researchers have had remarkable success in lupus mouse models so far and are beginning to take the next steps towards other diseases.

mtDNA has also been found in the plasma of patients of other autoimmune diseases such as Colitis and Crohn’s diseases. The researchers hope that the new molecule will lead to more cures in several other diseases. 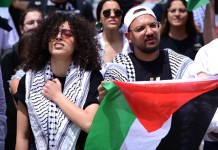 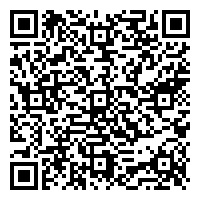