Jews across America, in the privacy of their own computer screens, are scanning the internet for job opportunities which will enable them to make the leap toward life in Israel.

A recent advertisement for Nefesh b’Nefesh sent to Jewish Press readers garnered a whopping 5 times the average number of clicks in the first hour.  The message was clear: finding employment in Israel is a source of great interest for North American Jews.


Though many are stirred by the passions of either ancient or modern Zionism, often bolstered by deep-seated religious understandings about the centrality of Israel in the practice of a full and lustrous Judaism, the noble quest for a more meaningful life is no longer the only reason to make aliyah.

The last few years have been hard for the American working man and woman.  Between 2009 and 2010, the US unemployment rate hovered around 10% of the population.  Appeals to Jewish charities and sympathetic money lending groups increased significantly, with rabbis in major American Jewish communities appealing to members to reduce spending on costs such as mishloach manot on Purim, and on weddings.

In late 2011 and early 2012, the unemployment rate in the US dropped to 8.2%.  Despite the signs of economic recovery, many American Jews could not help but notice that job opportunities in Israel were far greater – fluctuating between 5.8% and 7%, where it stands today, down from 10.4% in 2004.

In 2011, Israel was listed with the 57th lowest unemployment rate by the Central Intelligence Agency (CIA) World Factbook – the US was at 103.  A 2011 report by the Federation of the Israeli Economic Organizations showed that as the world economy sank along with world trade and global credit, the Israeli economy grew by 0.8% in 2009, and leapt up to 4.5% growth in 2010.

But American Jews were not the only ones to take notice of the depressed state of US economics and the contrasting growth and progress in Israel.  Immigration statistics published in April by the U.S. Citizen and Immigration Services (USCIS), a branch of the Department of Homeland Security, showed that the number of Israelis seeking to gain permanent residency in the US was at a record low in 2011 – just 3,826, down from nearly 6,000 in 2006, already in decline since the recession set in in 2008.  Moreover, Ella Saban, director of the department for returning Israelis at the Absorption Ministry, told the Jewish Daily Forward that since 2006 the number of expatriate Israelis returning to Israel has doubled and now stands at around 9,000 a year.

With all that success on the part of foreign companies in Israel, Israelis still forge their own path in business.  As of 2011, the less-than 8 million citizens of Israel had 60 companies trading on the NASDAQ, the highest ranking nation on that listing except for China, population 1.3 billion, including Brainstorm Cell Therapeutics, Cimatron Limited, Elbit Medical Imaging, Comverse Technology, NICE Systems, OrganiTECH USA, Retalix, and Silicom (famed Israeli pharmaceutical company, Teva, transferred this year from the NASDAQ to the New York Stock Exchange).

Yet with such a load of opportunities available, the numbers of olim have not yet skyrocketed.   “People really want to come, but there’s this fear that they want to be certain or reasonably certain that they will be able to put food on the table for themselves and for their families,” Kim Ephrat, Associate Director of Employment at Nefesh B’Nefesh told The Jewish Press. “I think the fact that Israel has weathered the storm really well, and it’s sort of a snowball effect, the more people come, the more people are writing back home how well they’re doing,”

Nefesh B’Nefesh, which has spent the last 10 years helping North American and British olim with the technicalities of making aliyah, has developed what Ephrat calls a “three-step formula” for scoring in the Israeli job market.

First is networking.  “It’s what we all do naturally, it’s what we all do intuitively,” Ephrat said.  Ephrat emphasized the importance of using the internet, and especially recommended networking via LinkedIn (Nefesh B’Nefesh also has a LinkedIn aliyah board where it posts about 200 job listings a day gathered from over 2,000 employers).

Ze’ev Stub, founder of the popular Janglo community website for English-speakers in Israel, agreed that networking is key. His site features a powerful jobs “classifieds” section where employers and interested employees post daily about a wide range of positions across the country.  “The first rule in everything I’ve read or written about job searching is to network. Tell your friends what kind of job you are looking for, and keep your ears open,” Stub told the Jewish Press.

According to Ephrat, the second step is learning Hebrew.  She says, however, that while strong Hebrew skills are important for many jobs, conversational Hebrew is often sufficient.

Much of the work done in science and technology jobs is conducted in English, and “you don’t need especially strong Hebrew skills for it.  You need conversational Hebrew, to get the interview or sit in a staff meeting or converse with colleagues.”

Moreover, jobs in science, medicine, and technology are especially acclaimed in Israel, and expected to continue to increase.   “Israel is known as a high-tech capital of the world, high tech, biotech, clean tech, these are all fields that are cutting-edge in Israel and we are known for many, many cutting edge innovations, and there are many jobs for olim in this field, and it’s practical,” Ephrat said.

Indeed, the percentage of Israelis working in science and technology, and the amount spent on research and development in relation to gross domestic product (GDP), is among the highest in the world, with contributions in the fields of agriculture, genetics, electronics, computer science, optics, solar energy, and engineering.

Ephrat also said that the need for doctors and other medical professionals is high, and that anyone interested in converting their degrees for recognition in Israel would likely have an easy time finding a job.

She also noted that low-tech jobs, such as PR and marketing, are also in high demand, and that people who have no interest or skills in the high-tech sector should understand that they have a lot to offer – and gain.

Lastly, says Ephrat, it is important for job seekers to maintain flexibility.  “Flexibility as to realistic expectations what your first job is going to be, flexiblily as to how you’re going to adapt to the market, meaning using your skills in a way which is going to be most suitable to the Israeli market.  And possibility using hobbies and making them into money making ventures.  Using your creativity and using your chutzpah,” she said.

She noted with pride that many immigrants who made aliyah through Nefesh B’Nefesh have become entrepreneurs and returned to the organization to fill job openings.

Meyer Reich, who made aliyah in 2003, is just such a success story.  When he started a business in 2007 based on a platform to help businesses get their content noticed by search engines – RankAbove – he did not know that his aliyah from New York would earn Israel additional recognition in the field in which it is now becoming famous.

Wired magazine’s September issue features a list of 10 European cities that constitute important centers for high-tech activity, with each city on the list featuring 10 “hot” startups.  At the top of Tel Aviv’s list for 2012 – RankAbove.

“With regards to business/work life I was fortunate to come at a time that was not easy economically in Israel and was forced to improvise and make it work,” Reich told The Jewish Press.  “One thing led to another in terms of professional opportunities and I got to where I am today.”

“The advantage for entrepreneurs in Israel is tremendous since it’s a small country with fantastic welcoming people. Local entrepreneurs support each other and my contribution has been mainly through knowledge of the space that RankAbove has in our industry as well as my contacts in the US as an Oleh.”

Yet, according to Janglo’s Stub, being an Anglo immigrant comes with advantages.  “Anglos come to the table with the attributes that Israelis are thirsty for – a natural sense for customer service, fairness, hard work, and politeness. In general, Israeli society wants itself to embrace those values more and more, even if it doesn’t always know how to,” Stub said.   “Israeli executives are secretly jealous of our politeness and willingness to work for the team, and respect that a lot.”

“The flipside of that is that nice Anglos can come off as vulnerable and naive to aggressive Israeli executives, and signs of weakness can open you up to abuse,” Stub said. “Like everything in life, you need a proper balance to succeed.”

While Stub touted his site as an excellent place to begin looking for the perfect job in Israel, he recommended taking it slow.  “Don’t go too crazy with your job hunt. Spend a few hours working on your job search every day, pray for divine assistance, and then let go,” Stub said.  “Now is your time to enjoy the treasures of Israel, while you aren’t cooped up behind a desk. If you can do that, not only will you enjoy your time more, but you’ll have a more “Israeli” mentality that will help you for the rest of your life in Israel.”

Despite his success, Reich’s praise of Israel extended far beyond his professional accomplishments.  “Truthfully, aliyah is one of the wisest moves my wife and I ever made,” Reich said.  “We feel that our children are being raised with a fantastic education and being given an opportunity for their future.” 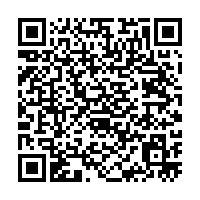