Bernstein was the chairman of Random House Publishers for 25 years.  He became focused on the vital importance of speech and press freedoms while visiting the Soviet Union in the early 1970’s.  In 1973 Bernstein established the Fund for Expression in order to acquaint the world with dissident writers who were unable to publish their work in their own countries.  After beginning several different organizations to ensure various rights were safeguarded, he and those with whom he work eventually merged them into what became Human Rights Watch, which he chaired for 20 years, and of which he is now founding chair emeritus.

The press release issued by HUC-JIR did not mention it, although Bernstein did in his speech last week, that in 2009 he penned an op-ed highly critical of HRW, which appeared in the New York Times.  In it, he wrote that HRW had “lost its critical perspective on a conflict in which Israel has been repeatedly attacked by Hamas and Hezbollah, organizations that go after Israeli citizens and use their own people as human shields.” Bernstein also criticized HRW for attacking Israel the most of any country in the region, although it is the only free state in the neighborhood.


The founder of Human Rights Watch ended his speech to the HUC-JIR graduates by imploring them to work with other faith leaders and lead their communities out of the miasma of hate. “This is not an easy job.  But you have no choice, what is the alternative?” 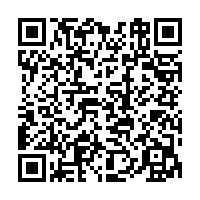