Some Hungarians have responded with anti-Semitic abuse to the news that “Son of Saul,” a film set during the Holocaust, directed by Laszlo Nemes, may win this year’s Academy Award for best foreign film. The film has already won the Grand Prix at the Cannes Film Festival last summer and a Golden Globe this month, for its portrayal of a Hungarian-Jewish prisoner in Auschwitz who is trying to give a dignified burial to the body of a boy he believes is his son.

But, according to The Age, some Hungarians are calling it “Holokamu” (Holocaust con or hoax). And one Holocaust-denier described it as “Science fiction!” on his Facebook page.


“Jewish propaganda!” and “For Jews, about Jews,” went some of the responses on social media. Others were too vile to repeat on a decent website.

“So many anti-Semitic comments have been made; it’s a disgrace,” a member of the Budapest Jewish community told The Age, adding, “I wonder if the West is aware of how people here think.”

In the 21st century, antisemitism in Hungary has evolved and received an institutional framework, in the popular Hungarian party Jobbik, which received 17 percent of the vote in the April 2010 national election — this while verbal and physical aggression against Jews has escalated.

The far-right subculture in Hungary, which ranges from nationalist shops to radical-nationalist and neo-Nazi festivals and events, plays a major role in the institutionalization of modern Hungarian antisemitism. The contemporary antisemitic rhetoric has been updated and expanded, but is still based on the old antisemitic notions. The traditional accusations and motifs include such phrases as Jewish occupation, international Jewish conspiracy, Judeo-Bolshevism, and good, old-fashioned blood libels as well as accusations against “Jewish bankers” who have caused Hungary’s monetary crisis. There’s also the quaint the Palestinization of the Hungarian people conspiracy theory, suggesting the Zionists plan to take over Hungary as soon as they’re done with the Arabs. 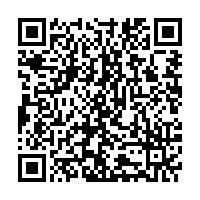