The so-called Justice Ministry of Israel has cleared the police in its use of an electric Taser gun to arrest Boaz Albert, even though he was lying on the floor at the time and presented no clear and present danger to officers trying to arrest him in his home in Yitzhar, in northern Samaria.

His crime? His presence in the family home contravened an order barring him from Yitzhar.

His other crime is that he is a settler. You know who they are – illegitimate Jews who live where their ancestors once lived but where the Obama administration says is reserved for Arabs.

The internal investigation by the ministry admitted that police used the Taser gun “only” twice and that a video documenting the arrest was edited to fake the police brutality and use of electric shocks through Albert’s body.

Albert’s crime, besides being a settler, is that he was resisting arrest by lying on the floor. Mind you, he did not assault any police officer and did not try to harm them, as the video clearly shows.

“Based on the investigation of the incident, Israel Police Special Patrol Unit forces used the Taser weapon on Albert in only two incidents during the arrest,” said the report.

The probe supported the police officers’ use of electric shocks because Albert did not obey the police.

For that sin, he was drilled with electric shocks. The ministry’s probe concluded that Albert resisted arrest and fled to his children’s room while his family tried to bring in reinforcements to foil the arrest.

Resisting arrest is indeed a crime, but let’s compare it with other crimes for which Taser guns are used in the United States.

A quick Google search today of police using the weapons comes up with these headlines:

“Police fired a Taser gun to bring a ‘mad’ illegal fighting dog under control after the animal attacked a man” in Britain;

“Gardaí [police] have used force to gain access to a house in Co Laois [in Ireland] where a stand-off with a man armed with a knife had been ongoing since just before midday. A Taser gun was used to subdue the man”;

“Sheriff’s deputies facing a suicidal man who pretended to have a handgun used a Taser to subdue him behind their Lakeside strip mall office Thursday night” near San Diego;

“An Aberdeen [Maryland] man who allegedly had suspected cocaine in his possession was subdued with a stun gun by Aberdeen police last week after he allegedly tried to flee while being arrested, according to charging documents.”

Albert was not suspected of using cocaine or any other drugs. His crime was violating an administrative order, and the Justice Ministry whitewashed the complaints against police by saying it is perfectly okay to send electric shocks through the body of a settler who does not like being arrested but did not react violently.

The United Nations Committee against Torture reports that the use of Tasers can be a form of torture, due to the acute pain they cause, and warns against the possibility of death in some cases. 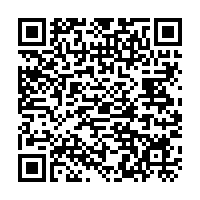