It’s been two weeks since former defense minister MK Amir Peretz has jumped ship from the Labor Party to The Movement Headed by Tzipi Livni, which, according to recent polls, would collect about half as many seats as Labor in the January 22 election. Having recovered from the shock of seeing a central Labor figure (Peretz also served as head of the Histadrut, Israel’s largest trades union), the press is now reporting on the first screeches of a shiduch gone wrong.

To put it bluntly, based on a report in Monday’s Maariv, there have been increasing complaints from Livni’s people (in a movement essentially tailored around her girlish waist), that Peretz has been on an invasion campaign, trying to take over the party’s apparatus.


Those sources have been telling Maariv that Peretz is pushing his people into key positions up and down the party hierarchy. “We joined Tzipi Livni’s party, only to find ourselves in Am Echad (Peretz’s past faction),” one source wishing to remain anonymous told the newspaper.

The source, a female member of the Movement, continued: “It began with the people who came along with Tzipi, and had waited patiently for her during the time she was outside (after her loss of the Kadima chairmanship to Shaul Mofaz in the summer – YY), and reported for duty as soon as she announced her new party. But one minute after Amir got in, the entire campaign management, the entire distribution of assignments, all of it comes from him. Livni’s people were told clearly that they’ll get jobs only if there’s anything left after Amir makes his appointments.”

According to this disgruntled party member, campaign assignments for current MKs and for candidates for the coming Knesset have been meted out on Peretz’s decisions. “It’s not clear how much, if at all, Tzipi is aware of what’s taking place inside her own party,” sources inside the movement were saying. “She doesn’t want to deal with the politics of iot at all, which is why it’s not at all clear that she knows what’s happening. But her people, on the other hand, are extremely bothered by this.”

The simple explanation for this “friendly” takeover, according to other party sources, is that Peretz and his people are better at doing the ground work. They eat and drink this kind of work, and between campaigns they’re out there visiting activists, shaking hands, dropping in on weddings, Britot and bar mitzvahs, and keeping their rollerdexes alive. Also – while Amir Peretz is ready to go to war over each one of his appointments, Tzipi Livni is aloof and outright disinterested. This is, essentially, why she lost the Kadima chairmanship to Mofaz.

Peretz offered Livni a ready-made campaign apparatus which is the envy of many parties in Israel. It was exactly the component she so desperately lacked. The price was to betray the small group of loyalists who had stayed with her through thick and, especially, thin. That part was easy.

When Peretz originally announced his move away from Labor, it was welcomed with a huge sigh of relief by his past protégé and current nemesis Shelly Yechimovitch. Shelly had been troubled by the damage that Peretz’s well oiled campaign troops could cause her from the inside. In her case, it was an unexpected gift to have him standing outside the tent facing in (you complete Lyndon Johnson’s metaphor for yourself, this is a frum publication, you know).

But if Tzipi Livni expects Peretz to be satisfied with his role as her deputy and field operator, she has a new thing coming. According to her people, Peretz has been conducting direct and intense meetings with everyone on the top-10 list, and, no doubt, making promises he could only deliver if they pushed him past Livni. It’s what Amir Peretz does, his access to large blocks of voters is his strong point, and he is going to cash in on it. 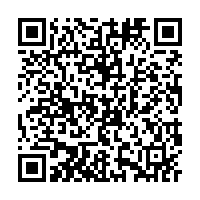