Palestinian Authority (PA) Chairman Mahmoud Abbas’ advisor on religious affairs Mahmoud Al-Habbash declared on the first day of Ramadan that in the same way that Muslim Prophet Muhammad engaged in war during Ramadan, so too the PA Arabs should engage in “Jihad.”

Explaining how Muhammad embarked on the Battle of Badr in 624 CE and conquered Mecca during Ramadan, Al-Habbash, the head of the Sharia courts in the OA, clarified that Ramadan is “is not a month of laziness but rather … as it also was in the life of the Prophet, a month of Jihad, conquest, and victory.”


The Palestinian Media Watch (PMW) reported that in the run up to the Muslim month of Ramadan, the PA “intensified its false rhetoric” that Israel was seeking to escalate violence and destroy the Al-Aqsa Mosque.

“Those calls were then used as a means to create hatred and recruit the Palestinians to conduct terror attacks,” PMW explained.

“There should be no misunderstanding. The current terror wave in which five terrorists have murdered 14 people in terror attacks in Israel – the latest of which took place in the heart of Tel Aviv on Thursday – was initiated and is being fueled by the PA and PA Chairman Mahmoud Abbas’ Fatah party,” PMW charged.

“In order to ignite and perpetuate the terror wave the PA and Fatah are using all their usual methods: Implicit and direct calls for violence; demonization of Israel and Israelis; invoking the false claim that Israel/Israelis are planning to destroy the Al-Aqsa Mosque; attacking Israeli Foreign Minister Yair Lapid for walking in Jerusalem; and repeating other sundry libels,” PMW warned.

In the history of Islam, Ramadan is considered a month in which the Muslims have had great and significant victories over the Persians, Mongols, Crusaders and Jews.

The great battles and victories of the Muslims that took place during Ramadan include the Battle of Badr in 624, which turned Islam into a state entity, as well as the conquest of Mecca in 630, which put an end to paganism in the Arabian Peninsula.

The Muslim invasion of Andalusia in 713, as well as the victory of Saladin al-Ayoubi over the Crusaders in 1187, took place during Ramadan.

The Battle of Ein Jalot in the Harod Valley in northern Israel, during which the Mongols lost to the Muslims, also took place during Ramadan in 1260.

The Yom Kippur War took place during Ramadan in 1973.

Islam has five basic elements: prayer, charity, Shahada (testimony), pilgrimage to Mecca, and fasting, but extremist Islamic sources have argued for many years that fasting is a stage of preparation for jihad because it prepares the soul for the Creator.

“The breath of a person’s fasting is better than the smell of perfume,” say extremist Muslim clerics, adding that “twice a person is happy during Ramadan, the first time when he is allowed to eat, and the second time when he meets Allah.”

The country’s security establishment is bracing for further violence, especially as Ramadan coincides with Passover, and following the first anniversary of Operation Guardian of the Walls in May 2021, which was launched by the IDF following a Hamas rocket attack on Jerusalem that began at the height of the Month of Ramadan. 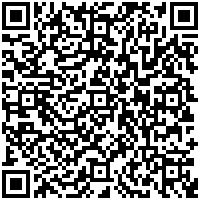