Seven outstanding Olim from English-speaking countries have been awarded the 2021 Sylvan Adams Nefesh B’Nefesh Bonei Zion Prize, recognizing Anglos who have made a major contribution to the State of Israel.


The Lifetime Achievement Award was awarded to Rabbi Dr. Daniel Tropper for his exemplary work over multiple decades in Jewish education, and specifically, in recognition of his establishment of Gesher, the social impact organization that emphasizes the goals of mutual respect, dialogue, and co-existence to strengthen and unify the entire Jewish people and nation.

In addition, the Young Leadership Prize has been given to Michal Berman, Founder of Tel Aviv Art Studio for her exemplary dedication and accomplishments as a young leader in Israel.

This year’s prizes, announced on Monday, are sponsored by Sylvan Adams, a Nefesh B’Nefesh Oleh, real estate developer and philanthropist who is committed to developing the State of Israel. Adams is steadfast in his goal of showcasing the impact and achievement of Israel and Israelis to the world, viewing the Bonei Zion Prize as an integral piece of this mission.

“It is a privilege to recognize these inspiring Olim for the exceptional leadership and contributions they have made nationally and globally, especially during these uncertain and challenging times,” said Rabbi Yehoshua Fass, Nefesh B’Nefesh Co-Founder, and Executive Director. “The Bonei Zion Prize recipients are models of excellence in the community and shining examples of the incredible impact that Olim make in all facets of life in Israel.”

Hundreds of Olim from English-speaking countries – including Australia, Canada, New Zealand, South Africa, the UK, and the US – were nominated for the prize. The prize recognizes outstanding Anglo Olim who have helped Israel in a meaningful way by encapsulating the spirit of modern-day Zionism and contributing in significant ways towards the State of Israel. Recipients were chosen by a prestigious panel of committee members in the following categories: Science & Medicine; Community & Non-Profit; Education; Global Impact; Culture, Art & Sports, and Young Leadership. 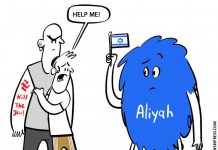 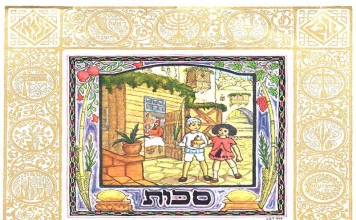 The Art Of Sukkot 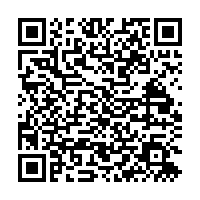