An excavation conducted by the Israel Antiquities Authority in Yavne, some 20 miles south of Tel Aviv, yielded a 4.4 cm long lead sling bullet from the Hellenistic period with an inscription in Greek intended to ensure victory in battle.

A sling is a weapon used to throw a blunt projectile such as a stone, clay, or lead sling-bullet. It is also known as the shepherd’s sling or slingshot. Someone who specializes in using slings is called a slinger.

The 2,200-year-old sling bullet, which bears the inscription “Victory of Heracles and Hauronas,” was uncovered in excavations that were part of the Israel Lands Authority’s initiative to expand the city, in cooperation with the Yavne Municipality.

“The pair of gods Hauron and Heracles were considered the divine patrons of Yavne during the Hellenistic period,” explained Prof. Yulia Ustinova from Ben Gurion University of the Negev, who deciphered the inscription.

“Actually, the inscription on a sling bullet is the first archaeological evidence of the two guardians of Yavne, discovered inside Yavne itself. Until today, the pair was only known from an inscription on the Greek island of Delos,” she added.

Acting as a couple, the gods Heracles and Hauron were the perfect team to bestow victory, according to Prof. Ustinova. “The announcement of the future victory of Heracles and Hauron was not a call addressed to the deity, but a threat directed toward the adversaries,” she said. “Lead sling bullets are known in the ancient world beginning in the 5th century BCE, but in Israel few individual sling bullets with inscriptions have been found. The inscriptions convey a message of unifying the warriors to raise their spirits and scare the enemy, or a calling to magically energize the sling bullet itself. These inscriptions were part of psychological warfare, the main purpose of which is to terrorize the opponent.”

Pablo Betzer and Dr. Daniel Varga, the directors of the excavation on behalf of the Israel Antiquities Authority, suggest it can’t be known for certain whether the sling bullet belonged to a Greek soldier, “but it may be related to the conflict between the Greeks and the Hasmoneans. In the 2nd century BCE, pagan Yavne – which was an ally of the Seleucids who ruled Eretz-Israel, was subject to attacks by the Hasmonean army. The Hasmoneans sought to subjugate the other nations and create a homogeneous state from a religious-ritualistic point of view. The tiny lead sling bullets, announcing the imminent victory of the gods of pagan Yavne, are tangible evidence of a fierce battle that took place in Yavne at that time.”

If you happen to be in the neighborhood The story of the sling bullet will be presented next Tuesday, December 13, you may want to attend a lecture evening titled “Yavne and its Secrets” to be held at the Yavne Culture Hall and is open to the public free of charge. 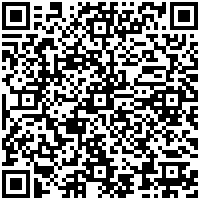