Manhattan Supreme Court Justice Neil Ross allowed 22-year-old Matthew Mahrer to walk free on Wednesday, denying a request by prosecutors to extend his remand after he and 21-year-old Christopher Brown of Aquebogue in Suffolk County were arrested in connection with a plot to attack a synagogue.

The armed duo were arrested at Penn Station on the morning of November 19.

Prosecutors had asked the court during the Dec. 7 arraignment to deny bail and keep Mahrer locked up.

A resident of the Upper West Side who lives with his parents, Mahrer’s family paid $150,000 in bail on November 21 to set him free, the New York Post reported.

In his defense, Attorney Brandon Lamour Freycinet said the court already knew that Mahrer was diagnosed with bipolar disorder and autism when bail was set on November 20.

But Mahrer and Brown were carrying weapons and a Nazi armband when they were taken into custody, and he had also purchased a bulletproof vest prior to the arrest, Assistant District Attorney Edward Burns argued in court – to no avail.

NYPD police officers had also seized a loaded handgun with an extended magazine from Mahrer’s Upper West Side apartment that he and Brown allegedly planned to use in a synagogue attack.

Brown, who had allegedly posted on social media that he planned to attack a synagogue, was arrested and faces charges that include making a terroristic threat, aggravated harassment, hate crime and criminal possession of a weapon, according to a report by Bronx News 12.

After his release from jail, Mahrer was admitted to Elmhurst hospital for approximately one week prior to his return to the family home and subsequently enrolled in the Pathways group therapy program.

Judge Ross warned Mahrer that he must continue to appear in court, or his family’s bail money will be forfeited. “Make sure you understand that this is the most important obligation that you’ve had in your life,” Ross told the suspect.

Mahrer was later seen puffing a vape pen and smirking as he left the courthouse with his attorney. 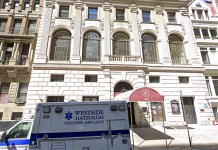 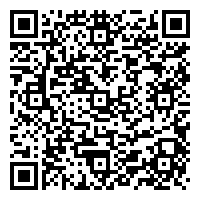