Last Thursday, Rachel Feld, who has been a volunteer EMT with United Hatzalah for a little over a year, received an emergency notification from the group’s Dispatch and Command Center notifying her that she was near a medical emergency. Rachel, 40 weeks pregnant with three young children at home, knew she shouldn’t be responding to most medical emergencies in her condition, but when she realized the emergency was a woman in active labor, she dropped everything and left for the woman’s address.

Rachel Feld is a member of the Adele and Joel Sandberg Women’s Unit of United Hatzalah and lives with her family in the Ramot neighborhood of Jerusalem.

“I was one of the first responders at the scene, and the woman in labor was so relieved to see me,” Rachel later reported. “She said, I am so glad that another mother is here to help me. It was a great feeling and I knew I had made the correct decision in responding.”

Rachel, together with Ruth, another EMT from the Hatzalah women’s unit, assisted the woman through a very smooth labor.

“I’m thankful to be able to say that the birth was pretty easy,” Rachel said. “it was the woman’s sixth child and everything went almost effortlessly and the woman gave birth to a beautiful baby girl. Both the mother and daughter are healthy and both parents were elated. The best moment for me was simply to see how relieved that woman was that ‘another mother’ was present with her, helping her through the process. She asked me to go with her in the ambulance just to have me there to comfort her. I was so touched.”

Referring to her own situation, Rachel added, “In the back of my mind I was hoping that responding to this labor would kick-start my own and that I could deliver my baby as well and perhaps even be roommates with this woman in the hospital, but I’m still waiting for my miracle to take place.” 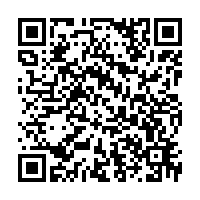