Near the end of her stint as Interior Minister in the Lapid government, Ayelet Shaked urged the District Committee for Planning and Construction of the Jerusalem District to speed up the approval process for the huge Atarot project, Israel Hayom reported on Sunday. This is a planned complex of some 9,000 housing units to be built at the location of Jerusalem’s Atarot airport.

The plan constitutes another de facto annexation of a section of Jerusalem that was liberated in June 1967, and as such will undoubtedly be met with international condemnations. Shaked had advanced the plan while in office and wished to give it a final push forward now that she is no longer accountable to Prime Minister Lapid.

The district committee was not especially delighted with the push, and informed the outgoing minister that the area’s environmental review had not yet been completed, which meant that it was not legally possible to approve the plan now – please wait a few months.

So Shaked didn’t exactly go out with a bang, but her associates still told Israel Hayom that “even though it’s not possible to complete the planning of Atarot at the moment, Shaked promoted the plan to the limit during her shift. It is now up to the next government to complete it. This concerns Israel’s grip on northern Jerusalem, as well as a plan that will release tens of thousands of apartments into the capital’s heated real estate market.”

The Jerusalem International Airport in Atarot, located between Jerusalem and Ramallah, is no longer in use. When it was inaugurated, in 1924, it was the first airport in the British Mandate of Palestine. Israel annexed Atarot airport Israel in 1981, under the Jerusalem Law. Both Arkia and El Al operated daily commercial flights to and from the airport between 1967 and 2001 when it was closed to civilian traffic after the breakout of the Second Intifada in 2000.

The original Israeli media reports about the project spoke of 11,000 housing units in the Atarot industrial area. The numbers then dropped to 10,000, and now 9,000.

Binyamin Shafran who heads the Atarot project forum told Israel Hayom that “Shaked was infinitely loyal to construction in the city in general and Atarot in particular. I appreciate her for promoting the project and hope that the next Interior Minister, most likely Aryeh Deri, will continue the plan, which his representative in the municipality supports, and which the chief rabbi (the late Rabbi Ovadia Yosef, the spiritual leader of Shas – DI) wanted for commemorating his father there.” 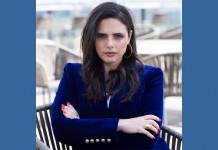 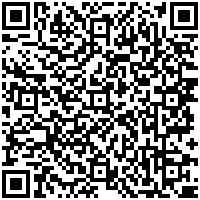