Lishtot TestDrop Pro is the first personal water detecting device. At a retail price of $50.00 and an expected lifetime of at least 5,000 tests, it should cost users about one cent to verify if their water is clean enough to drink: is your refrigerator filter still working?; are your pipes getting rusty? Every water source in your environment can be checked.

Lishtot (Hebrew for “to drink”) CEO Netanel Raisch frequently demonstrates the simplicity and capability of the device using two plastic cups of water, one of which is contaminated. He pushes the test button, moves the TestDrop to one cup, and a blue light goes on – it’s clean; moves it to the other cup – a red light goes on.

The theory behind the device has to do with the ever-present electromagnetic fields surrounding everything in our environment, including water. Clean water emits a different field than contaminated water: if there are chemicals, bacteria, oils or metals in the water, its magnetic field won’t match the clean emission.

Sending your water to be tested in a lab is expensive, especially if all you need to know is – drink or don’t drink? Or, as the Lishtot website puts it: It’s not just water, it’s your water.

The device hit the market in July, and Raisch and his people are getting ready to launch their next campaign in the one country that seems to need their technology the most and has the money to pay for it – India. “The way that we see it, it’s not just about making money, we built the company to help people.” Raisch says. 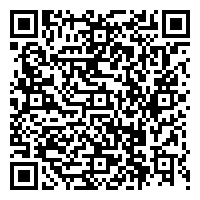