In March of 2007, Israel’s spy agency Mossad obtained information that Syria was building a nuclear reactor in the Deir ez-Zur region near the banks of the River Euphrates. Six months later, the facility was bombed and destroyed in an over night air raid, which was attributed by foreign sources to Israel – until today that is, when the IDF officially confirmed, over a decade later, following the lifting of a censorship blackout of the all details of the affair, that it had carried out the strike on the night between the fifth and sixth of September.


Last month, MK Amir Peretz, who served as Israeli Defense Minister at the time the reactor was discovered and in the period leading up to the raid, gave his account of the months leading up to Israel’s daring mission in Syria in an exclusive interview with Tazpit Press Service (TPS).

“We discovered evidence that the Syrians were building a reactor. Their cover was that it was an agricultural farm. It had no security apparatus surrounding it. There was no special military activity in the area, there was no missile defense system, or any other kind of system. Everyone who came showed up in civilian clothing, and they avoided any displays that would raise suspicion,” Peretz recalled.

Despite the innocent appearance of the facility, the intelligence obtained included one crucial detail – the presence of North Korean workers on the site. The assumption was that a reactor was being built using North Korean knowledge and materials.

“The North Korean workers were essentially the smoking gun – the evidence that this was not an innocent facility,” Peretz said.

“The North Korean workers were essentially the smoking gun – the evidence that this was not an innocent facility,” Peretz said.

A decision was made to take action; the Syrians would not be allowed to obtain nuclear capabilities on Israel’s watch. Further intelligence was gathered, with the aim of determining whether the reactor had become active or not. Israel learned that it had yet to become operational, giving it a chance to strike before it was too late.

“If you bomb a cold reactor, then the damage is relatively contained, if you bomb a hot reactor, it could cause nuclear fallout, severe environmental damage,” Peretz explained.

The secondary focus of the Israeli intelligence community was to make sure that word of the reactor’s existence did not get out. Otherwise, Peretz said, “if the international community found out, they would take it upon themselves to solve it.” In a country notorious for leaks, the secret was kept at the highest level in order to preserve Israel’s capacity to act.

“In actuality, the order was “prepare everything we’ve got”, spare no expense, spare no effort, nothing. The entire system was off to work,” Peretz said.

Another crucial effort came on the diplomatic front. If Israel were to attack, it would have to warn and coordinate with its allies. Most importantly, the United States.

“Prime Minister Ehud Olmert and I had a conversation in which he decided that we have to tell the Americans. I asked that we make a simultaneous announcement,”

On April 18th an Israeli team consisting of Meir Dagan and Prime Minister Olmert’s chiefs of staff set out for Washington D.C, where they were to inform President George W. Bush, as well as the American intelligence community of Israel’s plans to bomb the Syrian facility. Simultaneously, Peretz, who had invited American Defense Secretary Robert Gates to visit Israel on an unrelated matter, showed up at his American counterpart’s Tel Aviv hotel room, along with Military Intelligence Director Amos Yadlin, where they presented Gates with the facts and necessary materials. “He was indeed surprised,” Peretz said Gates’ reaction.

From then on, Israel’s security forces were scrambling against time to complete their preparations to destroy the site before it was too late. “We decided we must act a moment before the reactor becomes operational, or a moment before the international community finds out, those were our two parameters,” Peretz told TPS.

In order to determine when the reactor was to become operational, Israel kept a close eye on a pipeline being built between the facility and a water pumping station built on the banks of the the Euphrates a few kilometers away. We knew that once water started flowing from the station to the facility, the reactor would be ready, Peretz said.

“We conducted daily surveillance on the progress of the pipeline. That was the key point,” said Peretz, “From that point on, we were on a race against time, trying to make progress as fast as possible.”

On June 14th, Peretz held a meeting in his office, in which IAF commander Eliezer Shkedi informed him that the air force had completed its preparations and was ready to act. Around the same time, intelligence was received that the pipeline was nearing completion.

The next day, Olmert informed Peretz of his intention to replace him with former prime minister and (former) IDF Chief of Staff Ehud Barak, who was sworn in just three days later.

On the morning of September 7th of that year, Peretz received a phone call from Barak where he said “congratulations, mission accomplished.”

Although he was removed from office almost three months before the strike, Peretz says he was involved in the process leading up to the attack “at every step of the way.”

Was he worried that the attack might cause a war?

“Of course we were worried,” he says. “But firstly, we counted on Assad not wanting to be caught in a lie, because he was hiding the existence of the facility from the world. And secondly, yes, we knew it might lead to a war. But we made out considerations and came to the conclusion that a nuclear Syria is a far worse scenario than a potential war. 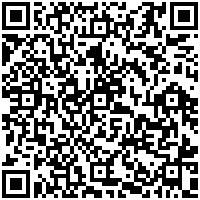