Last Thursday, Merav Hajaj of the Choosing Life forum filed a police complaint against four German foundations registered in Israel, alleging illegal behavior. The complaint was inspired by a new book, “Medina Limchira” (“A State for Sale”), researched by Im Tirtzu and authored by its CEO Matan Peleg.

The new book, sub-headlined, “You thought Israel was a sovereign state? Think Again,” exposes the conduct of these foundations, which operate in Israel while violating several of its laws.


These include the Konrad Adenauer Foundation, Hans Seidel Foundation, Rosa Luxemburg Foundation, and the Heinrich Böll Foundation. The “State for Sale” investigation found that these foundations do not submit quarterly reports on donations from foreign political entities, thereby violating the Non-Profits Law and the Mandatory Disclosure Law for NGOs supported by a foreign political entity. According to the investigation, Germany directly and through third parties has transferred at least NIS 150 million ($44 million) to left-wing groups in Israel. The most prominent outlets are party political funds linked to various parties in the Bundestag.

Some of the four German foundations’ unreported donations were detailed in official letters sent to them by the Israeli Registrar of Non-Profits, but there are no known sanctions or penalties that can be imposed on the funds unless someone complains to the police.

In addition, the four NGOs do not prominently mention in their official publications that most of their funding comes from foreign political entities––which constitutes another violation of Israel’s NGO laws. In some of their filings, it was discovered that members of the audit committee and the board of directors received remuneration in violation of the Companies Law. Also, some of the grantee organizations did not submit financial and/or verbal reports as required by the Non-Profits Law.

Peleg said: “The fact that political foundations belonging to German parties are interfering in Israeli politics must bother anyone who wants to live in a democracy. Israel should not be a country for sale. It should be an independent, sovereign, and democratic state. The Germans must immediately cease their interference in our internal affairs.” 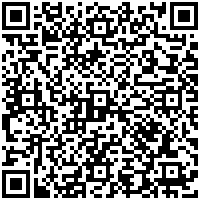